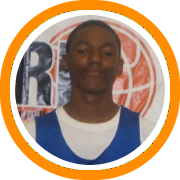 The New England Elite 75 Showcase – Frosh/Soph Edition is an invaluable resource in discovering the region’s incoming freshman talent.  This year was no different as a number of prospects in the 2015 class played their way into profiles in the New England Recruiting Report database.

Kobe Ancrum, Bassick (CT) – A strong power dribble drive player who goes through contact en route to the rim, Ancrum was one of the best sheer competitors in the field and attacked from start to finish on Saturday.

Greg Bridges, New Mission (MA) – He’s an undersized guard with an oversized impact.  He is a blur with the ball in the open floor, keeps it on a string with his handle, and is almost impossible to keep out of the lane.

Bruce Brown, Wakefield (MA) – He was the dunker of the class, throwing finishes home in stations, skill work, and five on five games.  He’s long and aggressive with all the physical tools necessary to have a high upside.

Brandon Aughburns, Canterbury (CT) – A very intriguing prospect who has all the signs of a big time prospect, Aughburns is long with a good build and decent touch.  He runs and jumps with ease, is already very smooth, and shows signs of being able to expand his game on the perimeter.

Brian Assie, St. Joseph (CT) – One evaluator described him as a poor man’s Anthony Mason thanks to his big frame and lefty power game.  He’s also quick and athletic for his size and definitely a player to keep an eye on.

Nicholas Esposito, Staples (CT) – At six-foot-three he is used to playing on the interior where he’s plenty productive, but his future lies on the perimeter where he has a consistent catch and shoot game with excellent shot preparation.

Thomas Galenek, Boston College (MA) – Galenek stood out during skill work because of the smoothness of his release.  Once the games started he continued to go to work from the perimeter showing a quick and compact stroke.

A.J. Brodeur, Algonquin Regional (MA) – He’s a big man who embraces playing in the post and that differentiates him as much as his long build.  He went right at bigger guys on the block, was skilled on the interior, and very tough.

Kabongo Ngalakulondi, Manchester Memorial (NH) – He’s physically ahead of most of his peers with his strength and athleticism plus he competes on both ends, attacking and defending, and also makes a deceptively high number of shots.

Steven Daley, Roxbury Latin (MA) – He’s a high level athlete with mismatch potential down the road.  His best work came in close proximity to the rim but he can face the basket to attack as well.

Daquon Ervin, Rectory (CT) – One of the best pure creators in the freshman session, Ervin varied his speeds, plays with both hands, got his teammates involved, and was consistently able to generate offense for both himself and others.

Roy Kane, Norwalk (CT) – He got progressively better as the day went on and ultimately produced on both ends.  While still raw Kane blocked a lot of shots, went coast to coast with his dribble, and showed dexterity finishing inside.

Ryan Noel, Roxbury Latin (MA) – Noel is a young big man with a lot of potential.  He’s long with good touch, a solid motor, and the ability to run the floor.  In other words he has the raw tool set to emerge into a player down the road.

Oumaru Kante, Manchester Memorial (NH) – He does a variety of things well to impact the game.  He defends with good hands and feet, moves without the basketball, can pass with both hands, and knows how to create space with his dribble.

Ikenna Ndugba, Boston Latin (MA) – Still just 13 years old, Ndugba has an advanced skill set for his age.  He handles and passes with good court vision, has a solid stroke, and even a little step-back game in the mid-range area.

Chancellor Ellis, Rectory (CT) – One of the best mismatch players in the field, Ellis has the size and strength to operate on the interior but the skill set to thrive on the perimeter.  He did a little of both on Saturday on his way to an impressive day.

Sultan Olusekum, Belmont Hill (MA) – He’s most comfortable creating his own offense right now but he has the potential to blossom into a big point guard down the road.  He’s already long and smooth with a crafty passing game and quick low cross.

Jack Simonds, Falmouth (ME) – At six-foot-four he’s a long and highly skilled lefty wing right now he could blossom into a classic step-out four-man if he continues to grow.  Equally impressive is the fact that his basketball I.Q. matches his skill set.

Ben Judson, St. John’s Prep (MA) – He and Simonds are earily similar players, both long and skilled lefties with the potential to play multiple positions.  Judson did a bit of everything, knocking down shots, showing above average athleticism, and even playing some point.

Wenyen Gabriel, Manchester Memorial (NH) – He’s another guy who made shots in bunches from behind the arc but was far from a one trick pony.  Gabriel attacked off the catch with pinpoint footwork and even made some nice kick out passes.

Marcus Blackwell, Notre Dame Fairfield (CT) - A strong and athletic forward who can make plays from both the wing as well as the high post on the offensive end, and utilizes his length and other physical tools defensively, Blackwell headlines a big freshman three at ND Fairfield.