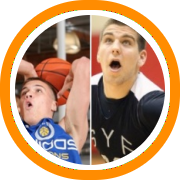 Wednesday marked the beginning of the early signing period, meaning that for the next ten days players in the class of 2012 are permitted to sign their National Letter of Intent.

The National Letter of Intent marks the point where a player enters into a formal contract with the school in which he has committed, as opposed to a verbal commitment which is in no way binding.

Brewster Academy’s Jakarr Sampson is the region’s highest profile prospect who plans to wait until the late signing period while players like Darren Payen, Alex Furness, and Sam Cassell Jr. will no doubt be pursued especially hard in the next ten days as college programs hope to lock up a signature while they still can.