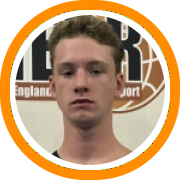 We’ll begin our look back at the top 2020 prospects at the recent Elite 75 Frosh/Soph with a look at the frontcourt where ironically one of the very best performers wasn’t even from New England.

New York native Zed Key was certainly among the most impressive forwards in the field. A product of Brentwood High School this six-foot-six forward was already powerful inside and able to play above the rim but not yet a finished product physically. While he may not be from New England, he’s certainly no stranger to these parts after putting up a similarly dominant performance at the ZG Finals in June. He was no less impressive this weekend, throwing down dunks and asserting his will inside the paint.

Locally, Matt Cross was one of the most well-known names to come out of the middle school ranks as he’s dominated that level for the last couple of years. He looks poised to make an immediate impact at the high school level as well as he combines a strong body, good interior toughness, standstill shooting range to the arc and a high basketball I.Q.

Here’s a look at some of the other forwards and big men who stood out in the class of 2020:

Qualeem Charles, Attleboro – A 6-foot-5 big man with a wide-body, Charles takes up space and is almost impossible to move. He’s more than just a big body though as he has soft hands and good touch around the rim and also a solid passing instinct from the high post. He also impressed with his willingness to rebound out of his area.

Angelo Santiago, Suffield Academy – A versatile forward who is capable of playing multiple positions at this point in his development, Santiago has both the strong body to produce inside as well as some budding face-up game. He can face-up to attack off the bounce, has good touch around the rim and creates problems for opposing defenders with his dominant left hand.

Jamari Jones, Brookline – “Mari” was one of the most impactful freshmen in attendance, regardless of position. He showed speed with the ball, pushing it up the floor, and attacking the basket with force. He finishes well and made a living in the lane throughout the night.

Gio Thompson, Chapel Hill – A young freshman who is still just 14 years old but already 6-foot-6, Thompson oozes long-term upside. He’s athletic with good instincts on the defensive end of the floor but still a long way from filling out. Offensively, he showed some touch shooting off the dribble.

John Adams, Wilbraham & Monson – Adams is a skilled, high-motor forward who can impact the game in a variety of ways. He has touch over both shoulders in the post and can also turn to face opposing defenders before putting it on the floor.

John West, Shrewsbury – A legitimate big man with a very clear upside, West showed a wealth of tools at the Elite 75. He has good athleticism for his size, ran the floor hard, finished above the rim and blocked shots from the weak-side of the floor. Throughout it all his motor was consistent and strong on both ends.

Caleb Scott, Greater Lowell Tech – Scott is a high motor player who impacts the game on both ends. He’s all over the offensive glass and an equally tough defender. His post-game is a work in progress but showed some potential in skill work.

Michael Tavilla, Winchester – He’s a versatile forward who can play inside and out. It was actually his three-point shooting that stood out most on Saturday as he’s a developing long distance threat and potential wing in the making.

Graham Robinson, Concord Carlisle – A true 9th grader who hasn’t reclassified, Robinson already stands at 6-foot-7 and shows some clear potential and upside. He just needs time to continuing growing into his body and game experience to round out some of the rough edges.

Kekoa McArdle, Pittsfield – Another true pivot in the middle, McArdle has good size and a naturally broader build to absorb contact. His touch is very soft as well, not just in the paint but even facing up in the mid-range area.

Kai Smith, Cambridge Rindge Latin – With good size and a thick build, Smith was a very effective post threat. He has a strong upper body and powerful core that he uses to clear space and overpower defenders but also has soft hands and touch to work with.

Christian Hall, Tyngsboro – His motor is his calling card and between that and his long wingspan this undersized big is able to play much bigger than his size inside the paint. A fun prospect with more potential to discover, he’s going to be a coach’s pleasure at any level.

Gavine Greene, St. Joseph’s – He’s a positionless type of frontcourt  player right now who is still raw with his skill set but nonetheless hugely impactful in the game because of his relentless work ethic, terrific nose for the ball on the glass and hard drives to the basket.