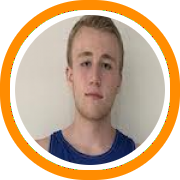 Yesterday, we recapped those in the class of 2018 who stood out at the Elite 75 Academic Experience on Sunday at the Brewster Sports Center.  But there was a lot of underclassman talent in the field that college coaches took note of and will plan to recruit moving forward.  Today, we look at the freshmen, sophomores & juniors who caught the attention of the NERR staff.

Justin Vander Baan (Whitinsville Christian, 2020)- Standing at all of 6'10, Vander Baan was the biggest surprise on Sunday.  He is much improved, and not afraid to assert himself on the offensive end.  He has soft hands and uses both hands well.  His back to the basket moves show a lot of promise, but he can also facilitate an offense in the high post.

Camaron Tongue (Rivers, 2021)- One of the youngest players in the field, Tongue built upon his strong play at the Elite 75 Frosh/Soph last month.  He showed noticeable improvement in his jumper.  With that, his range is developing out to the 3-point line, as well.

Jackson Benigni (Xavier HS, 2019)- Benigni absolutely went off during the game sets.  He was drilling 3-pointers from seven feet beyond the arc.  One of the hardest playing guards around, he was consistently on the floor diving for loose balls.  While not the quickest guard, Benigni understands how to attack closeouts & take advantage of a defender's mistake better than almost any guard in the field.

Greg Lawrence (Greens Farms Academy, 2019)- One of the more impressive athletes we saw, the 6'6 forward oozes with potential.  His jumper is improved, and he uses his size & athleticism well on both the offensive and defensive glass.  He is one prospect to watch for GFA this upcoming season.

Steven Lora (Rocky Hill, 2019)- The unselfish point guard has a tight handle.  But, more importantly, he gets the ball where it needs to be and puts his teammates in positions where they can be successful, something that is difficult to do in a showcase setting but definitely translates to structure.

Jay-Juan Hayes (Rocky Hill, 2019)- The quick floor general impressed college coaches with his decision-making.  A pure point guard, Hayes always plays hard and gets into his man on the defensive end.

Solomon Neuhaus (Williston Northampton, 2019)- The slender wing finishes through contact with ease.  His footwork on his pull-up jumper (going both to his right and left) is quick & efficient, and his ball fake off the catch is able to garner him an extra step on his defender.

Nkosi Cooper (Suffield Academy, 2019)- The lefty combo guard has an explosive first step.  He has great touch inside on his finishes, and is able to go downhill & attack the paint with both hands.

James Van Hise (Amity HS, 2019)- The 6'5 Van Hise has an old school look, but certainly produced on Sunday.  A stat-stuffer, The CT native got his teammates involved and showed he can score at all three level.

Jack Shannon (Iona Prep, 2019)- The Yonkers, NY, native was excellent in weak side position all day, something that was stressed by all the coaches.  The 6'8 big had a few emphatic blocks as the day wound down.

Tedrick Wilcox (Rocky Hill, 2019)- The Rhode Island product showed quick feet on the defensive end & the ability to guard ball screens from both positions.  The versatile defender can also really run the floor and finish in transition.

Max Mitchell (Green Farms Academy, 2020)- The 6'5 forward has a smooth jump shot, and it was easy to tell he was one of the better shooters in the gym.  His effortless-looking jumper does not change whether he is shooting from 25 feet or 12 feet.

Corey Walters (Hamden Hall, 2020)- Walters is a 6'2 guard who impressed with his ability to shoot off the dribble.  He hit a couple of pull-up 3-pointers, as well as showing off his midrange shooting ability.

Maurice Turner (New Britain HS, 2019)- A smooth point guard, Turner was one of the breakout players of the day.  He loves to push the ball in transition and looks to attack the basket out of it.  His shifty Euro step fooled several defenders.  Turner has a collection of finishes with both hands that he can use at the rim.

Jackson Wolff (Kingswood Oxford, 2020)- A good sized guard who is tough and has range that extends beyond the 3-point line.  Wolff's toughness will be a factor for Kingswood Oxford this upcoming winter, as well.

Reece Clark (St. Seb's, 2020)- Clark can get to his spot to get his shot off at any time he wants.  He gets his shot off quick, but also showed the ability to finish in different ways with different hands.

Leyton Bickford (Sanford HS, 2020)- The Maine native was one of the hardest working players in the field.  A strong wing, Bickford communicated well on defense and crashed the offensive boards hard.