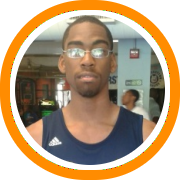 With both division III college basketball and prep school basketball are right at the peak of their respective post-seasons right now, it’s a good time to examine a couple of prep school commitments that could likely impact future D3 NCAA tournaments.

Cardinals’ head coach Joe Reilly scooped up another sharp-shooting southpaw guard from Phillips Exeter in Davis Reid, a six-foot-two post-graduate who came to New England from the Kansas City area.  Reid is a highly skilled player with a high basketball I.Q.  Together, the trio of Rafferty, Connelly, and Reid will give Wesleyan three high level three-point shooters to space the floor on the perimeter.

The Cardinals have also picked up a commitment from Governor’s Academy big man Joseph Kuo, who will provide a long and physical presence inside the lane.  Kuo is a scholarship caliber prospect, who turned heads after earning a late entry into last summer’s New England Elite 75 Showcase, and has continued to emerge as a prospect on the rise since.

Fay ran with the Academic Basketball Club on the AAU circuit and committed to Brandeis over a host of other high academic division III programs, while also earning some interest from the Ivy League.