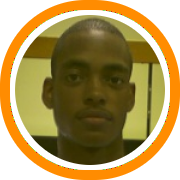 Jamal Coombs-McDaniel committed to Hofstra on Thursday, rejoining Sellers after spending their freshman season together in Storrs.

Coombs-McDaniel was an important player in the Huskies' rotation this year en route to their Big East and national championships.

He averaged 5.6 points per game but showed his potential to be a top scorer when he eclipsed the 20 point plateau on consecutive performances in February, going for 25 against Providence and 23 against Georgetown.

"I had a great visit there a week ago and just felt it was the right fit for me," Coombs-McDaniel told CBSSports.com. "I love the coaching staff, playing in New York and the success of Charles Jenkins were all important for me."