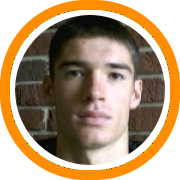 Terrence Jones Headed to Texas A & M – Corpus Christi
The Notre Dame Prep swingman and Baltimore native has committed to Texas A & M – Corpus Christi.  At Notre Dame, Jones is a member of the rotation for one of the nation’s best prep school program (currently ranked #6).  He is a lock down defender who thrives in full court pressure situations.  Offensively, he does his best work in the paint as he loves to put the ball on the floor and attack the rim.

TAMU-CC is a division I university in the Southland Conference.  They are thus far having a disappointing season with an overall record of 6-15 including 3-5 in conference.  But with two of their top three scorers being freshmen, the future appears to be bright for the Islanders.

Marco Radovic Applies for Early Decision Two at Connecticut College
Proctor Academy’s skilled big man wants to play at Connecticut College next year.  While it won’t become official until he is officially accepted into the school, Radovic is no longer “on the board”.  Radovic should be a perfect fit in the Camels’ offensive system given his ability to pull opposing big men away from the basket with his shooting range.  He is also a good passer and a player with enough wiry strength to be productive in the paint.  As he continues to get stronger and develop his overall game, he has the potential to be an impact player in the NESCAC.

Dan Weidmann Will Play at Roger Williams
Weidmann is a senior guard from Lyman Hall High School in Wallingford, Connecticut.  Lyman Hall is one of the best comeback stories in Connecticut this year as they have gone from having a record of 1-19 a year ago to currently being 13-4.  Weidmann, junior guard Zach Russo, and newcomer Jefferson Lora have served as the driving force of their remarkable turnaround.  Weidmann was also a significant contributor for the Central Connecticut Hoop Stars AAU team last spring and summer.  He is a combination guard who should be able to compete for minutes at both the point and two-guard positions next year.

Sam Hutchins Commits to Ithaca
Andover High School’s guard has committed to Ithaca and will play in the Empire 8 Conference.  Hutchins is a point guard who plays the game with great flare and style.  He possesses a very tight handle which allows him to break down his defender and get into the lane where he can either score himself or kick out to his teammates.  He is also valuable on the defensive end where his quick hands allow him to come up with a lot of steals.  Be sure to check out his profile to see his highlight reel!