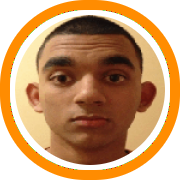 We saw a trio of local prep products commit to NESCAC programs this weekend – here’s a rundown:

“Phil is one of the best athletes and most instinctual players who has ever played in the Magic program,” Michael Crotty Jr. said, noting his ability to defend multiple positions, slash to the bucket, and rebound the ball. “I think Phil’s athleticism and strength as a two-way player will allow him to make an immediate impact at Connecticut College. Phil has been a member of the Middlesex Magic for five years, and coaching him and seeing his growth and development as a player have been a true joy.”

Another Middlesex Magic product, Lawrence Academy guard Tim Preston, committed to Tufts last week. Preston spent the better part of the spring and summer as the Magic’s starting point guard and has continued to play a big role for LA this year. A true two-sport athlete, Preston was widely recruited by a number of college football and basketball program. He initially committed to Tufts to play football, but intends to play both sports.

“Tim has great size, strength, and quickness at the point guard position,” Crotty said. “He is an extremely physical defender who consistently disrupts the offensive flow of opposing teams.  Tim is an excellent penetrator with very explosive dribble moves who gets into the paint to score and to create for others.  Tim is a very solid shooter off the dribble and in catch and shoot situations.”

A graduate of Trevor Day School in New York City, Frater has played an important role for the Wildcats this season. He’s a true point guard, content to run the show offensively, but able to provide a valuable on-ball defender on the other end.

KUA has remained in post-season contention with an in-league record of 5-6 with four AA games on this week’s schedule.