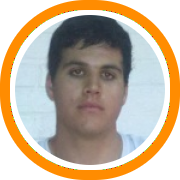 It’s been a long time since we last updated our list of commitments in the graduating class of 2013.  Here’s a quick snapshot of what’s happened in that time:

• Rhode Island’s top ranked senior Charles Correa has accepted a scholarship to play for head coach Rich Fazzi at Dean College next season.  Correa’s highly decorated high school career includes a state championship as a sophomore, his 1000th career point as a junior, and a third consecutive All-State selection as a senior.  He’ll share the backcourt with Lawrence Academy’s Jalen Myrie, who will play both basketball and football at Dean.  The combination of Correa and Myrie should give Dean one of the top backcourts in their league next season.

• Endicott scored a major steal when they landed a recent commitment from Lawrence Academy forward Daquan Simpson.  An explosively athletic six-foot-seven forward, the Maryland native will have athletic tools that you rarely see at the division III level and could be a potential star in the making for Endicott head coach Phil Rowe.

• Castleton State scored a big commitment from Rice Memorial’s Casey Tipson, as they continue their effort to keep Vermont’s top local talent in state.  Tipson is coming off one of the best careers in Rice history, as the only player to score 1000 points while also winning two state championships.

• Bates landed an important commitment from Max Eaton, a six-foot-seven frontcourt player from Phillips Exeter Academy.  Eaton was an important contributor on Exeter’s run to the Class A championship, utilizing both his size and physicality in the paint along with a skill set that extended to the three-point line.

• Brandeis scored a tough a versatile forward in Andover’s Sam Dowden.  A four-year starter and two-year captain, Dowden also earned Merrimack Valley All-Conference nods in each of his last three seasons as well as being named an Eagle-Tribune All-Star as a junior and senior.  He won the Boudfeau Award in 2012 and, most recently, the IAABO 130 Edward “Gint” Middletown Award.

• Choate Rosemary Hall senior swingman Pete Weston has earned an athletic scholarship from Bishops University in Canada.  The Canadian native earned All-NEPSAC honors in both of his seasons in New England while helping his team to consecutive appearances in the Class A finals.  Weston led his team in scoring at just under 18 points per game this year and shot over 45% from the three-point line during his prep school career.

• Cushing Academy post-graduate sharp-shooter Casey Woodring has accepted a spot at Providence College as a recruited walk-on.  The sharp-shooting guard is one of only three players in New England to have played in three straight NEPSAC finals, including the 2011 Class A championship with Choate and this year’s Class AA title with Cushing.

• The University of Maine will also be added a notable recruited walk-on as local product Mitch Worcester will be a Black Bear next season.  Worcester starred with Maine Athletic Club on the AAU circuit and was one of the top seniors in the state high school athletic association this season.

• Wentworth Institute of Technology scored an important commitment from Beaver Country Day guard Jherson Colon.  A 2013 Boston Globe All-Scholastic Team member and the reigning MVP of the Eastern Independent League, Colon is a scoring guard who should be able to put points on the board in high volume at Wentworth.  He joins Jake Pfahl, a six-foot-four swingman from Spingboro High School in Cincinnati, in W.I.T.’s incoming recruiting class.

• Laramie County CC in Wyoming will be getting two impact players from Massachusetts in Springfield Central forward Kamari Robinson and Wareham guard Darien Fernandez.  Both players are products of the BABC AAU program.  Robinson is a highly athletic six-foot-five forward with a strong upside while Fernandez is an undersized scoring guard with the ability to put points on the board from all three ranges.