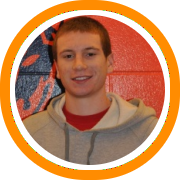 Fresh off a 24-6 season and a run to the Sweet Sixteen of the Division III NCAA tournament, Eastern Connecticut is bringing in another talented recruited class.

The backcourt consists of Trachone Preston, a five-foot-nine scoring point guard from Enfield High School who earned first team All State honors in Class M this year, along with Mac Roy, a six-foot-one shooting guard from Sutton High School who was named a Central Mass Division III All-Star this season.

The star of the class could very well turn out to be Trinity Catholic’s Kevin Leumene, a well built six-foot-three swingman who shoots it well from the perimeter and has definitely scholarship level ability.

Head Coach Ken Smith led the Warriors to another storybook season this year, running away with their second consecutive CCC conference championship and finishing with 25 wins on the season.  Following that success, a number of the team’s seniors are moving on to play at the next level.

Garey Allen will attend Western New England College and play basketball there.  Allen missed time with injury early in the season, but came back to give the Warriors a spark down the stretch.  One of the better defensive guards in the CIAC, he should be capable of contributing right away on both ends of the floor next year for WNEC.

Jerry Buchanon was the team’s leading scorer and put up a memorable 28 points in the CCC championship over Manchester.  He’ll head to Elms College next year where he’ll bring his ability to put points on the board and make tough shots.

Andy Hurd and Theodore Lee will both be walking-on at the division I level.  Hurd is a heady floor general and three-point shooter who ran the show for Windsor this year and will attempt to suit up for UConn next year, while Lee is a six-foot-four forward who will bring his interior production to Howard University.

Suffolk University head coach Adam Nelson has put together a deep and talented class featuring eight incoming freshmen that range from New Engalnd to Illinois to Florida to Columbia to Spain.

Tilton’s post-graduate point guard Caleb Unni is the most notable local product as he brings his savvy playmaking to Suffolk after picking up a year of tremendous experience in the prep ranks.  Tilton teammate Ignacio Ballve Garcia Conde, a native of Spain, is also on board while Curtis Casella is the class’ third local product out of Saugus High School.

The class also includes three prospects who competed in the state of Florida this year: five-foot-ten guard Aury Leyva from South Miami; six-foot-five forward Adam Kaplan from Sagemont; and six-foot J.P. Balavoine who traveled from Bogota, Columbia to train at IMG Academy.  Leyva was recruited by a handful of low-major schools from the south while also earning a scholarship offer from Palm Beach Atlantic.

Babson College has picked up a potentially pivotal commitment from Milton Academy point guard Travis Sheldon, who has the potential to make an immediate impact next season.

Sheldon averaged over 12 points and 6 assists per game this year for Milton while earning All-ISL honors for the second consecutive year and being named honorable mention All New England in Class A.  He also led Milton in either points or assists in every game in which he suited up this season.

In addition to being a skilled and cerebral player with a good three-point stroke, Sheldon also offers all the intangibles that coaches look for in their point guard with great toughness, tenacity, character and presence.

Six-foot-four swingman Sam Willson is reportedly heading to Colby College next year to begin his college basketball career in the NEPSAC after graduating from the Taft School in 2011 and recently wrapping up his post-graduate season at Deerfield Academy.

Another high character player, Willson was Deerfield’s captain and leading scorer this year, averaging over 20 points per game while earning honorable mention nods in Class A of the NEPSAC.

The six-foot-five swingman has improved his offensive game in each of the last few seasons and is now a player who can make shots in bunches from behind the three-point arc.  He’ll also provide Colby with great versatility, not just in terms of his size on the wing but also with the potential to defend multiple positions in the NESCAC.

Perkins came to Exeter from Greensboro, North Carolina and claimed interest from Colgate, St. Peter’s, and North Carolina A&T before committing to Catawba following a recent visit to the school’s campus.

A lefty lead guard, Perkins is uniquely talented with the ball in his hands, capable of making plays for himself and others, and a versatile athlete with long arms and quick feet that he can utilize on both ends of the court.

Bard College came to Connecticut this year to land one of their big men of the future in Pomfret Academy center Brandon Cunningham.

Cunningham is a six-foot-eight two-hundred-and twenty pound frontcourt player who flew a little under the radar this year but still managed to attract a good amount of recruitment and attention from high academic division III schools.

With his size and ability to both score and rebound inside the paint, Cunningham should be able to compete for immediate minutes next season.