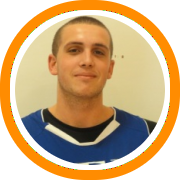 Todd, who has spent time with both Baltimore Elite and Crusader Nation on the AAU circuit, is described as a high level athlete with a developing face-up skill set on the wing, but is widely considered to still have his best basketball still in front of him after having only played the game for three and a half years.

Todd will reunite with another Baltimore product in rising sophomore Malcolm McMillan in CCSU’s line-up next year.

Fairfield was another local program to land a commitment earlier this month as Mid-Atlantic Select guard Doug Chappell committed to the Stags in early July.

Chappell, who plays at Episcopal High School in Virginia, is a heady and versatile guard with a strong body who can hurt defenders with his jumper, dribble drive game, and passing ability.

He’ll provide added versatility in the Stags’ backcourt while also contributing with a strong, college ready body as well as a good feel for the game.

Yale picked up a commitment earlier this summer from J.T. Flowers, a six-foot-six big guard from Lincoln High School in Portland, Oregon.

Flowers graduated in June and will attend Choate Rosemary Hall as a post-graduate next year.  He held previous offers from Arizona State, San Francisco, and Idaho among others and shined at the Yale Elite Camp in June.

With good size and athleticism along with tremendous length, Flowers has the skill set and versatility to play multiple positions and impact the game on both sides of the floor.

Evan Battle, who spent last year as a post-graduate at the Kent School, recently accepted a scholarship offer from Clarion University.

Nichols College recently wrapped up their 2012 recruiting class and will welcome six new players to the program next year.

The Bison will add: Jeff Schmeltz, who helped lead CCRI to the finals of the Juco Division II national championships; Christian Horton, a 1000 point scorer at Quabbin Regional; Jalen Hurst, a standout for Farmington High School in Connecticut; Gustave Koumare, a crafty scorer from the Winchendon School; Mike McMahon, who led St. Joseph’s (MA) to the D3 state finals; and Irvinig Eggelston from East Lyme High School in Connecticut.

Clark University landed their most recent commitment from Myles Penniman back in June, who will help add depth to Cougars’ front line.

The six-foot-seven big man graduated from Lexington High School in Massachusetts this year while previously starring with Mass Elite on the AAU circuit.

Penniman has the size and interior instincts to compete for immediate playing time but also has his best days still ahead of him as he adds strength and game experience.

Bjornson is a Rhode Island native who led Tiverton High School to a state championship in his senior year before heading to Lee Academy.  He was also a standout on the AAU circuit running with the Rhode Island Hawks.

Bjornson arrived at Lee Academy in the best shape of his playing life and continuing to show the same high volume scoring ability that has always been a staple of his playing career.