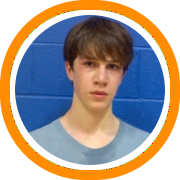 Laurent Firlotte and Lucas Hausman, who star together at the Hopkins School and on the AAU circuit with East Coast Elite, put their respective recruitments to an end last week.

Firlotte committed to Colorado College while Hausman pledged to Bowdoin pending admission of his early decision one application.

Hausman was Hopkins’ leading scorer last year at just over 21 points per game, earning all conference honors while also shooting 39% from the three-point line.

Firlotte was just behind at over 18 points per game, good for his second consecutive spot on the all conference team.

At Bowdoin, Hausman projects as a player whose best basketball is still in front of him.  At six-foot-three, he has good size for the shooting guard position to go along with a frame and skill set that continues to expand.  He’s a dependable catch and shoot player who can also put the ball on the floor and attack the basket.

Firlotte is a versatile six-foot-three playmaker who has seen time at four different positions during his high school career due to his sturdy build.  He’s at his best off the dribble, with an ability to take the ball coast to coast after pulling in a defensive rebound, and has also become a consistent three-point shooting threat.

Hausman isn’t the only local prospect heading to the NESCAC as Taft post-graduate Matt Daley has reportedly committed to Middlebury, also pending admission of his early decision application.

Daley helped guide Fairfield Prep to a spot in the CIAC finals last year as a senior before splitting time with the Academic Basketball Club and Connecticut Gold on the AAU circuit.

A long six-foot-seven forward, Daley has an intriguing combination of inside-out skills to match his athleticism.  He is also an especially good passer for a big man.