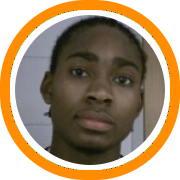 With the April “live” period just around the corner, that means there is about to be a rush of commitments as unsigned seniors will all need to find a home.  With that in mind, we thought today was a good time to update our readers on some commitments that have recently taken place.

•  Lambros Papalambros and Kris Noonan to Babson – The Archbishop Williams graduate and Suffield Academy post-graduate made up his mind and chose Babson.  The Beavers were able to beat out both Bates and Stonehill for the point guard’s services.  In Papalambros, they are getting a skilled and crafty floor general who should be a four year impact player.  Meanwhile Babson is also adding a very solid low post presence in Noonan, who will battle hard in the paint and score some with his back to the bucket.

•  Connecticut College gets Demetrius Porter and Brian Mahoney – The Camels land two players who come from winning programs in Salisbury School and Boston College High School.  Porter helped Salisbury advance to the semi-finals of the NEPSAC class B tournament.  At Connecticut College he will provide his team with a unique dimension in the NESCAC thanks to his terrific athleticism.  Mahoney is a floor general with big game experience as BC HS won the MIAA division I title in his junior year and advanced to the semi-finals this year.

•  Jon Pike spurns scholarships to attend Trinity – The Bantams have found a steal in Exeter’s post-graduate forward.  The New Hampshire native has been a prime target of many division II programs for the last two years, but ultimately chose to leave the scholarship behind in order to play at Trinity.  He is a mismatch problem who can score inside with his length and bounce as well as stretch the defense to the three-point line.  He is also a terrific finisher in the open floor which makes him an ideal fit in Trinity’s up-tempo system.

•  Jeff Holmes will play at Amherst – The St. Raphael’s High School senior will head to Amherst College where he will play for a team that has advanced to back-to-back Final Fours.  But with the Lord Jeffs losing all three of their frontcourt starters there will be an opportunity for immediate playing time next season.  Holmes may be just the guy to step right in as the lefty can both score inside the paint and knock down the perimeter jump shot from as far out as the three-point line.  And as good as he is right now, he still has a very high upside which could eventually make him a dominant forward at the division III level.

•  Ryan Martin set to walk-on at University of Maine – The Maranacook guard will stay close to home next year as he will be a walk-on member of the University of Maine team.  Martin led Maranacook to their second state title in the last three years this season as he dropped 26 points in the championship game.  Maranacook also finished the season with a perfect 22-0 record.  For the Black Bears, he becomes a tremendous addition as a walk-on as he should be able to push the starters in practice and potentially even contend for minutes down the road.

•  Johnson and Wales picks up Josh Hilario – Many college coaches might have forgotten about Hilario this year as he was not able to play after exhausting his eligibility last season.  Johnson and Wales is about to reap the rewards of their due diligence as Hilario is the type of physical guard who should be able to make an immediate impact next year.

•  Southern Maine adds a host of local players – The Huskies of the Little East Conference will have plenty of new faces next year as Sean Bergeron from Kennebunk High School, Kyle Sanborn of Westbrook High School, Bill Zolpher of Bangor High School, Ethan Cushman of John Bapst High School, Mike Poulin from Maranacook High School, and James Kern of the Prout School (RI) will all be joining the mix.

•  Teddy Bridgman to Hartwick - Tilton's skilled face-up four man is headed to Hartwick.  The lefty is at his best from the high post where he has a very accurate 15 foot jumper as well as the ability to put the ball on the floor.  But he is also capable of doing the dirty work in the paint as he is a physical and active player who rebounds the ball well on both ends of the floor.

•  Clark gets another Proctor Academy product - Travis Curley joins Marco Radovic as the second player from Proctor Academy to committ to Clark in the last two weeks.  Clark is a catch and shoot two-guard who should help to add some firepower to the Cougars' backcourt.