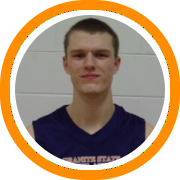 Watertown’s senior star Marco Coppola will be staying in Massachusetts for the next four years but taking his game to Worcester where he will star for WPI.

Coppola was one of the best shooters in the MIAA in recent years and led Watertown to their latest post-season run this season, culminating with a spot in the division III finals.

While he is best known for his shot making prowess, Coppola’s total game has developed at a rapid rate over the course of his career as he is now a poised and efficient combo-guard who can handle, pass, and get himself in the lane where he is extremely crafty.

Coppola isn’t the only one staying close to home as one of the top seniors in the state of Vermont will be staying put to attend Norwich University.

Spaulding’s six-foot-four forward Evan Tullar will play under head coach Paul Booth next year and offer a high level athlete along the frontline.

Tullar has had a decorated high school career, emerging as one of the state’s top prospects as an underclassman, and culminating with a big senior year.  He projects as someone who could see time at both forward positions at the next level thanks to his size, athleticism, and emerging perimeter skill set.

A good athlete who is known for his defense as much as his ability to put points on the board in bunches, Scrubb is a good athlete and extremely hard-worker.

Colby Sawyer Steals a Big One

Colby Sawyer, a small school in the Commonwealth Coast Conference, landed a big commitment this week when they learned that Manchester Central big man John Wickey would be staying home.

After following up an impressive summer with a strong senior season, Wickey began generating increased attention from scholarship level schools but ultimately decided to find a place close to home where he could have a big impact.

A six-foot-six big man who can run the floor, bang on the block, and stretch opposing defenses to the three-point line, Wickey was the starting center on a Granite State Jayhawks team that took championships at both the Boston Shootout and Hall of Fame National Invitational last summer.

Masucci is a six-foot-one shooting guard best known for the accuracy of his long range jump shot but also deceptively strong and athletic.

Masucci starred with the Middlesex Magic on the AAU circuit and was a huge part of their consecutive runs at the 2009 and 2010 AAU National Championships.

St. Joe’s Gets a Good One

St. Joseph College of Maine received a commitment from Dan Brooks recently.  A Catholic Memorial graduate, Brooks averaged 11 points per game as a post-graduate at Kimball Union this year, earning All New England honorable mention in the progress.

A six-foot-three swingman with a college ready body and good athleticism, Brooks should be capable of making an impact from day one at St. Joe’s thanks to his vastly improved perimeter arsenal.

Brooks was a key contributor to a particularly strong Boston Warriors last summer and helped them to a silver medal at the Gym Rat Challenge.

Lee Academy big man Keith Coleman, who has been among the region’s most pursued post players this year, is headed to Marshalltown Community College next year.  A high level athlete and impressive physical specimen, Coleman should be again pursued by a long list of division I programs in the class of 2013.

Also heading to junior college is Thanos Thodos, a native of Greece who committed to UC Irvine earlier this year.  A wide bodied seven-footer, Thodos has good potential down the road thanks to his immovable size and still raw interior tool set.  He will attend Foothill Junior College in California next year.

Arob made a huge impact in his only season at PSA, providing a physical interior presence and legitimate low post scoring option for a team that proved to be one of the biggest spoilers in New England.

Arob follows in the footsteps of Rundell Mauge, who starred at both Putnam Science and North Platte before signing with Pacific University last year.