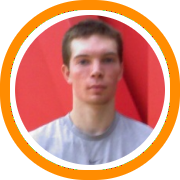 Michalski is a six-foot-five big man who will help to anchor the Engineers’ frontcourt rotation.  A tough and physical player who likes to bang inside but is skilled enough to score inside and out, the CMAC Hawks alum plans to study Civil Engineering next year.

Longwell is a talented six-foot-three guard who was a two-time DCL all-star at Acton-Boxboro while leading his team to back to back titles.  A heady guard with a sturdy build, Longwell can put points on the board in a variety of different ways.  He’ll team with another MIAA product in Watertown’s Marco Coppola to form the Engineer’s back-court of the future.

Also joining WPI’s class is Domenick Mastacusa, a six-foot-five forward from Malden Catholic High School.  WPI is coming off a 22-5 season and has advanced to the NCAA tournament in six of the past seven years.

Former Springfield star Jansy Cruz has resurfaced at UMass Darmouth.  Cruz took classes during the spring semester and is expected to join the team on a full time basis for the 2011-2012 season.

An indisputable division I caliber talent, Cruz has all the ability to be one of the top players in the Little East from day one in Dartmouth.  An attacking lead guard who makes plays on both ends of the floor, Cruz is a tremendous addition for the Corsairs.

Bates College picked up a huge commitment this winter from local Maine product Graham Safford.  The Hampden Academy point guard turned down a division I offer from Longwood University to compete in the NESCAC and should be poised to make an immediate contribution.

Safford has had a long and distinguished career on both the high school and AAU circuits and provides a point guard who can make plays for his teammates as well as he can put the ball in the basket himself.  He projects as one of the top freshman guards in the NESCAC next year.

Shrewsbury High School's star center, Matt Kneece, has put an end to his college recruitment, as he has committed to play for Head Coach Phil Rowe at Endicott College.  Kneece, a six-foot-eight center, is very adept at creating space and finishing around the rim.  His physical tools make him a viable option at the college level right away, as well as his ability to rebound the basketball and run the floor. Matt's abilities lead to him being listed as one of the "Best Available" big men earlier this season.

Joining Kneece on the front line will be Pomperaug High School's Andre Makris, a six-foot-eight forward who has the ability to play inside and outside for the Gulls.  Makris' shooting touch from the perimeter will help to stretch defenses, and his length and athleticism will create mismatches at the forward position. With his best basketball still ahead of him, Makris has the potential to end up being a steal for Endicott.

Phillips Exeter post-graduates Alex Levine and Ryan Davis have finalized their college plans and are both heading to two of the premier academic schools in the country in Amherst College and the University of Chicago.

Levine is a talented six-foot-nine big man who came to Exeter from Weston High School in Massachusetts.  He has the ability to blossom into a consistent low post scorer at the next level while also posing a threat to step out and make a jump shot.

Davis will be returning to his home state of Illinois and will provide Chicago with a heady guard who knows how to play the game.  A good perimeter shooter who is deceptively adept at getting to the rim, Davis also has a high basketball I.Q.

Vermont Academy post-graduate Connor Merrill has decided to continue his basketball career at Skidmore College.  The six-foot-five forward was a standout at Vergennes High School prior to his post-graduate season and has always been a player to intrigue coaches at the next level with his combination of size and skill.

He projects as someone who could be capable of seeing time at either forward position and score both with his back to the basket as well as with his jumper with range out to the three-point line.

Greens Farms Academy forward Daniel Chase of Weston, Connecticut is reportedly heading to Colby College next year in the NESCAC where he will be playing under a new head coach after the recent retirement of long time head coach Dick Whitmore.

Chase is a coming off a big senior year that saw him earn first team all-conference nods in the Fairchester Athletic Association and score the 1000th point of his career.  He is a versatile forward who plays and tough and intelligent brand of basketball that is sure to be valued by whoever takes over the Colby program.

Ram is an ideal fit under head coach James Cosgrove thanks to his tremendous ability to defend the basketball.  A tough and scrappy lead guard who is also multi-talented on the offensive end, he came to Winchendon from his home state of Maryland.

Berry-Rogers, who also starred for the New England Storm on the AAU circuit, put up big numbers for Lynn English this year averaging 23.5 points, five rebounds, and four assists per game.  He was also named a Northeast Conference all-star and Item basketball all-star.

He is an attacking guard who could be someone to provide instant offense off the bench with his high motor and active two-way game.

Dugas is a strong student and versatile basketball player capable of seeing time at any of the three perimeter position.  A member of the Fairchester Athletic Association all-conference team, Dugas ran with the Academic Basketball Club on the AAU circuit.

Most naturally suited for the point guard position, Dugas creates well with his dribble, sees the floor, and distributes the ball.

Bard College recently received a commitment from Siondueh Burnette from the Winchendon School.

Burnette is an undersized big man who compensates with a powerful body and good motor.  He’ll arrive at Bard with a battle tested resume stemming from his year at the Winchendon School and projects capable of making an immediate impact.

M.I.T. has landed their most recent commitment from Matt Redfield, a six-foot-seven forward from Gunn High School in Palo Alto, California.

A long and mobile player, Redfield has a veratile skill set to make plays inside and out but may make his most immediate impact with his shot blocking ability.