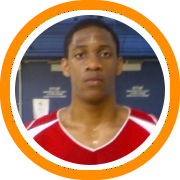 Fresh of his post-graduate season at the South Kent School, Jabrille Williams is heading to Binghamton University where he will play his division I basketball in the America East Conference.

Williams will join the team as a recruited walk-on next season but heads to Binghamton with the expectation that he will have a chance to compete for a scholarship in future years thanks to his size, length, and smooth floor game.

Williams is the son of Herb Williams, the current assistant coach and former player for the New York Knicks, and graduated from King Low Heywood Thomas in Connecticut where he was a standout during the course of his career.

North Platte is a division I junior college that will be hosting another local prep product next season in Putnam Science Academy big man Wilson Arob.

Casse is a skilled six-foot-five forward who came on strong in the second half of the season for St. Andrew’s, emerging as a dependable secondary scorer to Michael Carter-Williams.  Casse will be expected to make an immediate contribute at NPCC and be a candidate for a scholarship following his graduation in two years.

Tilton Guards Heading to Next Level

Tilton’s post-graduate point guard tandem of Aaron Law and Tony Lester are both heading to the division I level next year where they will join programs at Iowa State and Missouri respectively as recruited walk-ons.

Law is a shifty point guard who changes speeds well to get inside the lane, has deceptive athleticism on his pull-up game, and can also play pick and roll.

Lester is a more explosive athlete with a cut up frame and quick first step who creates tempo with the ball in his hands and can pick up for the length of the court defensively.

Both are natives of North Carolina and were key members of the rotation for a Tilton team that took their fourth consecutive NEPSAC crown this season.

Brandyn Benson and K.C. Hoff combined to lead Career Regional to an SCC title and a spot in the Class M state championship game this year.  Now they will head to the next level together and attempt to lead Clark to similar success.

Benson is a well rounded and efficient guard who is effective on both ends of the ball.  He has developed into a true point guard over the years but is also plenty capable of putting the ball in the basket himself and may be most effective on the defensive end with his ability to guard the basketball.

Hoff is coming off a big senior season that saw him claim a variety of different accolades and pick up a full division II scholarship offer in the process.  A powerful six-foot-five forward, Hoff produces in high volume around the rim but is also capable of creating match-up problems by stepping to the perimeter.

Nick Sienkiewicz and Eddie Capstick, two key members of Marianapolis’ rotation this year, have finalized their plans and are heading to Springfield College and Wheaton College respectively.

Sienkiewicz previously starred under his father at Providence Country Day and the six-foot-three plays just as you would expect a coach’s son to as he has a high basketball I.Q. and well balanced floor game that should allow him to contend for immediate minutes at Springfield.

Capstick is a similar prospect on the wing with good size and length at six-foot-three, a good feel for the game, and a heady overall floor game.

Rhode Island native Ryan Palumbo is heading back home after doing a post-graduate year at Williston Northampton in Massachusetts where he was selected second team All New England for Class B.

Palumbo had a decorated high school career at Bishop Hendricken, capturing a state championship in each of his season and being named the Most Outstanding Player of the division I state tournament during his senior season and will return home to star for Roger Williams College.

Michael Gorman and Raudy Minaya, who teamed up for both Methuen High School and the New England Storm, have both finalized their plans for next season.

Gorman will head to Anna Maria where he will provide a pure point guard to run the show.  Gorman is a five-foot-ten floor general who plays a pass first score second type floor game but will make defenders pay for leaving him unchecked with his sharp jumper.

Minaya is a two sport star who will take his talents to Northern Essex Community College.  A big swingman, Minaya is an instant offense type player who can put points on the board in bunches when he gets into a good rhythm.

The Community College of Rhode Island recently announced that Cranston High School West’s Bryan Yarce signed a NJCAA Letter of Intent to play for the Knights next season.

Yarce was a four year varsity player at Cranston West and earned all state first team honors as a senior.  He is expected to make an immediate contribution at CCRI with his dynamic game and composed court demeanor.

St. Thomas More guard Christian Walck is headed to division II West Chester according to reports.  Walck is a steady and skilled point guard who understands what it means to run a team but also has the scoring ability to slide over and play off the ball.

Walck spent most of his post-graduate season sidelined by injury but returned in time to give the Chancellors a boost en route to their run to the National Prep Championship.

Bridgton post-graduate Corey Spence has signed a National Letter of Intent with South Plains Junior college in Texas.  Spence came to Bridgton by way of Dunbar High School in Baltimore.

Spence is a hard-nosed combo-guard who makes a tremendous impact on the defensive side of the ball.  Offensively, he excels at creating tempo and gives opposing defenders problems with his dominant left hand.