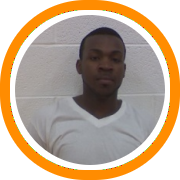 Zimmerman Walking on at LIU

“Tootie” Zimmerman had a decorated career at Holy Cross but it wasn’t until this past season at PSA that he really came into his own, putting his full offensive arsenal on display and leading eastern Connecticut in scoring.

A stocky guard with a strong body, Zimmerman got himself into the best shape of his life this year which allowed him to be a step quicker attacking the basket and consequently made his three-point shot and pull-up jumper that much more dangerous.

Endicott Gets Another Good One

Endicott head coach Phil Rowe and assistant Reggie Hobbs are continuing to put together a strong recruiting class in their first full year on the job.  Wilbraham & Monson swingman Milan Drecun is the latest player to commit Gulls.

The Montenegro native arrived at Wilbraham and Monson two years ago and helped to rebuild the program under head coach Chris Sparks, leading to a trip to the Western New England Conference finals in his senior season.

Drecun is a long and wiry wing player with good size at six-foot-five and an excellent shooting stroke from behind the three-point line.

Speaking of first year head coaches, none made a bigger impact than Paul Culpo this season.  The Castleton State head coach took over a program that was 2-23 the previous season and led them to a 17-10 record including a run to the finals of the North Atlantic Conference.

Culpo continues to add local talent to his program as Shrewsbury High School standout Colby Reese is the latest to commit to the Spartans.  Reece scored over 1000 points during his high school career and is a tough, hardnosed player who should be immediately able to contend for playing time.

Elmira Gets a Steal

In addition to having good size for either of the swing positions, Smajovic has a strong body and good athleticism to go along with a versatile skill set.  A scorer who should be able to put points on the board for all four years of his college career, Smajovic is equally capable of putting the ball on the floor or attacking with his dribble.

Wentworth Institute of Technology has picked up two talented players from New England to join their incoming recruiting class.  Eric Watson from Merrimack High School in New Hampshire and Derek Mayo from Bridgton Academy in Maine.

Watson is a six-foot-three swingman with a very effective catch and shoot game.  He shoots it well off both the catch and the dribble, has a very fundamentally sound skill set and knows how to play.

Mayo was a valuable role player in Bridgton's rotation this year because he has a tremendous basketball I.Q. and really understands how to play the game while offering another shooting threat from the perimeter.