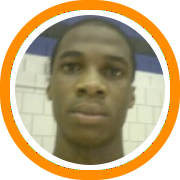 First year head coach Jonathan Furbush has landed two more players to join his existing class of Jamie Pares and Eddie Bogdanovich.  Now, Kevin Lentini from North Reading High School in Massachusetts and Nick Friedman, a post-graduate from Salisbury School in Connecticut are the latest to join the mix.  Lentini is a small forward with a high basketball I.Q.  He moves well without the ball, knows how to create space and score in the mid-range area, and plays extremely hard on both ends of the floor.  Friedman is a point guard who brings stability to the Salisbury line-up.  He’s very fundamentally sound and can do a little bit of everything – making shots from the perimeter and attacking off the dribble.

Two years ago Lyman Hall High School was 1-19 in the CIAC.  Last year they were one of New England’s top stories as they turned their program around and advanced all the way to the state tournament finals.  Right at the heart of that transformation was the leadership and consistency of Zach Russo.  He’s a heady guard with great size and strength who has a terrific understanding of the game.  Now he’s headed to a division III program with a ton of basketball tradition in Catholic University in Washington D.C.

Farmington High School’s Spencer Noon will head to Amherst College next year where he is expected to play both soccer and basketball.  On the hardwood, there are few other basketball players who have meant as much to there team as Noon has meant to Farmington.  Over the last two year’s he has had to do a little bit of everything – be the team’s primary ball-handler against pressure, their playmaker, their leader, and the guy who needs to score the ball in high volume in order to give his team a chance to win.  He’s answered the call in every way imaginable as he is scoring over 22 points per game while leading his team to a 12-8 record in their first season as part of the Central Connecticut Conference.

Jeremy Moore is a two sport star at Hillhouse High School.  The senior has been a staple of the basketball team over the years and this year put his athleticism to work on the football field.  Next year his football career will take him to Georgetown University.

Jarrid Bryant is another star athlete who recently found success on the football field.  The Salisbury senior will play football next year at Arizona State.  His teammate and twin brother, Jamual Bryant, has turned down similar high major recruiting interest from the gridiron in hopes of playing college basketball at the scholarship level.

Avon Old Farms senior Tim Breckbueller has been a star on the basketball court since his sophomore season.  Nevertheless, it comes as no surprise that he has chosen to play college baseball as it has been well known that he saw his future on the diamond and not the hardwood.  Next year, Breckbueller will play at the University of North Carolina at Chapel Hill.