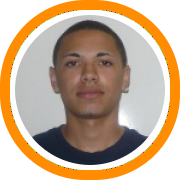 In order to win at the division III level you need scholarship type players and that’s exactly what Salem State has added with the commitments of Keith Brown and Terry Carter.  Brown is an explosive guard who just finished a storied high school career at Marlborough.  He impacts the game at both ends of the floor as he is very proficient attacking the rim off the dribble and is also a very good defender.  Carter will be like a bull in a china shop at the division III level as his tremendous upper body strength should allow him to physically dominate from day 1.  But he’s more than just a big body, as he also owns a very soft touch both inside and out.  In the end Salem State head coach Chris Harvey has not only added two players with the talent to continue the long tradition of success at the school, but also form a lethal inside-out combination for the next four years.

Newly appointed Spartan head coach Paul Culpo has made a quick splash at Castleton State.  Before ever coaching his first game at the school, Culpo has picked up two wins in the recruiting column.  First is Mark Comstock, a 6’4” swingman from Rutland High School, who offers great size and toughness on the wing in addition to a great stroke from behind the three-point line.  Comstock will be joined be another local talent, Greg Hughes who will be leaving his walk-on spot at the University of Vermont and transferring to Castleton to play.  Prior to arriving at UVM Hughes starred at West Rutland High School where he graduated in 2008.

Malden High School’s Marcus Armstrong has committed to play his college basketball at Clark University next year.  Armstrong is a lefty combo-guard who does a little bit of everything on the floor.  He’s an athletic scoring guard who can get to the rim with a quick first step and also make jumpers from behind the three-point line.  He’s also a very active defender who uses his quickness to his advantage.  He’ll join the Brian Vayda, another Massachusetts native who was named the D3Hoops.com Northeast Region Rookie of the Year last year, to form a very talented young core for head coach Paul Phillips.

Woonsocket High School’s Antjuan Jones has reneged on the verbal commitment he made to CCRI in the spring and has instead opted to accept a scholarship offer from North Platte Community College in Nebraska.  Jones was a four year starter and two time member of the Rhode Island All-State team.  He averaged 19 points, 7 rebounds, and 5 assists per game this year and surpassed 1000 points for his career.  Jones will join a series of other New England products at NPCC including Joe Ragland (West Springfield – MA), Brenton Brown (Stamford – CT), Dorian Williams (Lee Academy – ME), Elezar Clayton (East Boston – MA), Cooper Bayiha (Marianapolis Prep), Kamil Gawrzydek (MCI – ME), and Rundell Mauge (Putnam Science Academy – CT).

Bayliss to Prep at Tilton

Will Bayliss will be running the show for the Tilton School next year as they look to defend their NEPSAC Class B and National Prep School Championships.  He recently completed a tremendous four year career at nearby Manchester Central High School and has been starring on the AAU circuit thus far this season with his Granite State Jayhawks team.  Bayliss has plenty to offer the Ram program as he is a point guard with tremendous toughness and a good feel for how to play the game.  He gets into the lane, makes very good decisions, and has a much improved jumper.