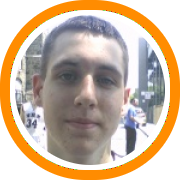 Lee Academy’s Chris Bass is headed to LSU.  It is a dream come true for the talented combo-guard from Lee Academy as he returns to his home state to attend the school where his brother (current Dallas Mavericks forward Brandon Bass) made a big name for himself.  Bass is one of the first recruits to commit to new head coach Trent Johnson, who made the move from Stanford this spring.

Jeff Robinson, Fernando Perez, David Brown, and Jerome Stewart are all headed to Worcester next year as WPI Head Coach Chris Bartley has landed four talented local players.  Robinson may be the gem of the group as he transfers from division II Stonehill College after just one year.  The former Granby High School (CT) star has a high skill and tremendous work ethic and should be able to pay immediate dividends for the Engineers.  Perez and Brown come from a very successful Lowell High School program in Massachusetts.  Perez is a 6’3” forward who was the Merrimack Valley Conference Player of the Year last season.  He is the ideal replacement for graduating All-American Antoine Coleman who was also an undersized, athletic, and tough post player.  Brown is a terrific shooter, excellent defender, and good athlete who was named to the Lowell Sun All-Star team last season.  Stewart comes from Loomis Chaffee prep school in Connecticut after graduating from Northwest Catholic a year earlier.  He is a physical post player with an excellent feel for the game, good skills, and a high energy level.

Marlboro High School’s George Jordan is headed to West Point Prep for a year before ending up at the United State Military Academy at West Point where he will play football.  This will essentially end what has been a very impressive basketball career for Jordan as he established himself as one of the MIAA most productive forwards over the last few years.

Wilfredo Pagan, who was an unsung hero of sorts for Central Catholic High School (MA), will stay close to home and attend division II Merrimack College.  Pagan is a pure winner who was one of the driving forces behind Central Catholic’s MIAA Division I State Championship this season.  Don’t be surprised to see him challenging for minutes in the super competitive NE-10.

Big Man will do Another Year

According to reports, Holderness’ big man Wouter Van Der Eng will do a post-graduate year at Kimball Union next season.  Despite having a big body and a good skill set, Van Der Eng’s recruitment never really took off this year.  After another summer on the circuit and an extra year at KUA he should have plenty of options a year from now.

Herrion to Play for his Father

Ryan Herrion will head to the University of New Hampshire next year, where he will have an opportunity to play for his father, Wildcats Head Coach Bill Herrion.  Ryan is just what you would expect from a coach’s son: a shooter with range; a very good passer with court vision; an unselfish player and good teammate; a very strong student; and someone with an excellent basketball I.Q. and feel for the game.  He should have no problem finding ways to contribute to the Wildcats program over the next four years.

St. Joe’s Gets a Good One

St. Joseph’s College, a division III school in Maine, has received a commitment from Chris Petzy, according to reports.  Petzy is a 6’0” guard who starred at Exeter High School in New Hampshire this year.  He is an extremely fundamentally sound player with a good jump shot and a knack for putting the ball in the basket.  Give St. Joe’s Head Coach Rob Sanicola credit for finding a talented and under-recruited player who should become a solid contributor for the Monks.

Kyle Kesses, a 6’5” small forward who did a post-graduate year at Choate Rosemary Hall will head to Emerson next season.  Kesses is a tremendous athlete and big time three-point shooter who should have a chance to crack the Lions starting five next year.  He set two records at Choate for the most three-pointers in a single game (9) and the most points in a half (32).  Both came in a game against Suffield Academy in January.  Kesses spurned interest from the division II level in favor of Emerson in large part because of their academic reputation and the strength of their communications program.