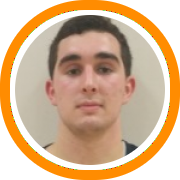 It's been a busy few weeks on the recruiting circuit as the 2016 class has become the emphasis of the current evaluation period while we've simultaneously seen a rush of 11th hour commitments in the class of 2015. Here's a look at some of the most recent:

“We are extremely happy for Stanley.  He has been nothing but an exceptional member of our community since the minute he arrived on campus.  He has worked hard in the classroom as well as on the court, and we think the Stanley and St. Michael’s are a great fit for each other,” Avon Old Farms head coach Tim Roller said. “Stanley had a solid season this past winter but his best basketball is still in front of him and we are excited to see him become a real contributor for Coach Meyer and the St. Michael’s program.”

Foster missed four games this season with an ankle injury and fought through lingering pain for the rest of the season but still averaged 10 points and 5 rebounds on the year along with a block and steal per game.

He is a consistent shooting threat from behind the three-point line but also athletic enough to get up and play above the rim. He projects as a versatile player at the next level, perhaps best suited to be a face-up four, but capable of seeing time at a couple of different positions in the NE-10 as he continues to add needed muscle mass and upper body strength.

Hyde Woodstock teammates Damon Gomes and Dexter Thompson have committed to and signed with Lincoln Trail, a division I junior college in Illinois. Both had multiple scholarship offers at the division II level. Thompson is a powerful and athletic forward who is best known for his ability to play above the rim and won the NEPSAC Class C Player of the Year award. Gomes is a long and quick playmaking guard and named the team's MVP.

Wachusett High School and BV Chaos product Kevin Durkin is headed to Springfield College next season. The six-foot-eight big man has a long list of accolades to date and a ton of upside still left to realize and so he's a good get for the Pride. Durkin averaged a double-double for Wachusett this year while also serving as the team's captain. He was named to the Central Mass All-State team and also an honorable mention all-star by both the Worcester Telegram and Gazetter. He was named Player of the Game at the 2015 MLK Tournament in Boston and also to the Laska Yuletide Inviational All-Tournament Team.

WPI Gets Another Talented Prep Product

Worcester Academy post-graduate James Loring will play his college basketball at WPI. A six-foot-eight forward who made significant progress over the course of his post-graduate season, Loring is a long and rangy player who has the potential to have a very strong career in the D3 ranks. He joins NMH point guard Jashanti Allen to become the second local prep product to commit to the Engineers this season in the latest standout recruiting class for head coach Chris Bartley.

KUA's Garnes Off the Board

Kimball Union Academy head coach Michael Olson announced the latest pledge out of his program as post-graduate guard Kahlil Garnes is heading to Haverford College to play for head coach Mike Mucci. The New Jersey native averaged 9.5 points and 3 rebs a game this season while showing an ability to get hot from behind the three-point line, a sneaky ability to get to the rim and the versatility to play three different positions.

Another Chambers in Boston

Brewster Academy post-graduate point guard Kamali Chambers is heading to Boston University next year where he'll accept a spot on the Terriers' roster as a recruited walk-on. Chambers is the younger brother of Harvard point guard Siyani Chambers and is expected to be a valuable addition to the BU roster who might even contend for minutes off the bench. He becomes the 11th member of this year's Brewster team to commit to a scholarship level program.

Bridgton Academy's Dennis Ashley is also accepting a recruited walk-on spot at a nearby division I program as he'll attend the University of Maine next season. The six-foot-one guard is originally from California and showed a versatile skill set and ability to play both on and off the ball in his year in the NEPSAC. He's smooth with the ball and able to make shots off both the catch and the dribble.

Springfield Cathedral's Bran Collamore will attend Westfield State next year. The senior point guard is a four year letter winner who started 42 straight games in the Cathedral backcourt and was recently selected for the Western Massachusetts all-star game at the Naismith Memorial Hall of Fame. A true pass-first point guard, Collamore will join a Westfield State team that went 20-7 this season.

Choate Rosemary Hall post-graduate Brendan Hughes is headed to Muhlenburg College next year in Allentown, Pennsylvania. Hughes is a shooting guard who is best known for his prowess from behind the three-point line but he also offers a wealth of intangibles as an ultra-tough commpetitor and terrific teammate. He should be a very productive player in the Centennial Conference.

Phillips Academy (Andover) senior guard Sam Glazer recently committed to Pamona College, a small liberal arts school in Claremont, California. The Connecticut native ran with the Middlesex Magic AAU program and was a key contributor for an Andover team that has made dramatic improvements in the last two years.