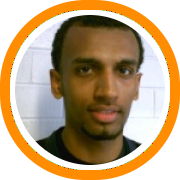 Matt Glass commits to Massachusetts: The Vermont native had primarily Ivy League and division II interest coming out of high school last year, but after a solid summer with the Rhode Island Hawks and a terrific first month at Northfield Mount Hermon, he has absolutely blown up. After receiving offers from the likes of Northwestern and Richmond, Glass decided to stay close to home and select the University of Massachusetts. Glass joins other New England products Matt Hill and Travon Wilcher in the UMass recruiting class of 2007, making it very clear that Travis Ford and his staff are leaving no stone left unturned in the region. Glass is extremely hard working, with a good basketball I.Q., great size for a perimeter player, and a very good three-point shot.

Terrell Williams and Jerrell Williams commit to LaSalle: The twin brothers from Northfield Mount Hermon are a major get for a LaSalle program that is trying to climb its way back to the top of the Atlantic 10. LaSalle finished third in the conference last season with a record of 10-6 and 18-10 overall for first year Head Coach John Giannini but will have to overcome the loss of two time league MVP Steve Smith who is currently playing with the Philadelphia 76’ers. Terrell committed to the Explorers on Monday September 25th and Jerrell followed suit about a week later. Both brothers are extremely athletic, terrific in transition, and extremely versatile defensively. The commitments give Coach Giannini the flexibility to pair the twins at the forward spots for a big and long line-up or to start them at the four and the five to create a quick and athletic unit.

Sal Abdo commits to New Hampshire: This was a significant get for Coach Bill Herrion and his staff. New Hampshire teams of the past have had a hard time drawing players out of the Boston area. But in Abdo, a player who was getting some Atlantic 10 interest this summer with Metro Boston, Coach Herrion and his staff were able to land a widely recruited player from one of the Boston area’s top high school programs in St. Marks. Abdo is a long and athletic guard who should be able to contribute immediately to the New Hampshire backcourt and challenge for the starting point guard spot by his sophomore year.

Garrett Kissell commits to Vermont: The 6’8 250 forward should be a great fit to Vermont’s flex system. With good size and skills around the basket, the Springfield, Massachusetts native will be the primarily low post scoring option for a St. Andrews team that is hoping to be ranked in the top 25 nationally. Kissell, who played with the New England Playaz this summer, is said to have been very impressed by the energetic atmosphere the Catamounts program has been able to sustain after reaching their fourth straight America East championship game last season.

Clive Weeden commits to Dartmouth: The Big Green landed a solid frontcourt player who should be able to come in and contribute right away. Weeden is a 6’8 lefty with a good touch out to 18 feet. Head Coach Terry Dunn and his staff will love Weeden because of his hardworking nature. He will be the first to take charges, box out, or dive on the floor for a lose ball. The Stowe Massachusetts native was also being recruited by other schools in the Ivy League as well as the Northeast Conference.

Mike Walker commits to SMU: Matt Doherty and his staff solidified their point guard of the future in the 6’1 post-graduate from South Kent. Walker who had qualified during his senior year at South Kent opted to return for a post-graduate year to increase his opportunities. When we saw him the first day of the recruiting period he had a tremendous body and did a great job distributing the ball among so many talented players. Coach Raphael Chillious was quoted by Jeff Goodman on scout.com saying the following about his point guard’s commitment, “It’s an opportunity for Mike to play at a pretty good level, and also have a chance to play right away.”

Troy Barnies commits to Maine: The Maine native from Edward Little HS pledged to his home state team in the end of August. The 6’6 small forward who played his AAU with Maine Hoops joins another local talent in 6’7 power forward Sean McNally from Gardiner High School in the Black Bears recruiting class of 2007. Maine Head Coach Ted Woodward is obviously making a big push to retain the state’s top talent after his 2006 recruiting class featured three local products in Jordan Cook from Hampden Academy, Sean Costigan from Cheverus HS, and Mark Socoby from Bangor HS.