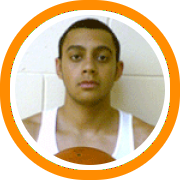 Andre Walker commits to Vanderbilt: The versatile forward from Illinois didn’t need to come to prep school this year. He had scholarship offers on the table from top 25 programs in Creighton, Nevada, and Southern Illinois last year. But Walker decided to leave those offers on the table and attend Brewster Academy for a post-graduate year in hopes of playing in a bigger conference. Unfortunately for Walker, he wasn’t able to showcase his abilities during the summer AAU circuit or Fall workouts at Brewster due to a foot injury. But that didn’t stop Vanderbilt from sweeping in to nab the talented and versatile forward just before he was about to be cleared to play. At Vanderbilt Walker will get the chance to compete in the SEC against the likes of Florida, Kentucky, LSU, and many more. Walker should be ready for the start of the prep school season by the middle of November, and when he returns to the court he is expected to fill the point forward spot for Brewster Head Coach Jason Smith.

Manuel Cass commits to UTEP: Manuel Cass arrived at South Kent with the reputation as a slender power forward. Everyone knew he was athletic, rebounded well, and could finish high above the rim. In fact, the Illinois native was so effective near the basket that last year he committed to DePaul during his senior year of high school. But ultimately, Cass decided to attend South Kent so that he could work on developing his perimeter game. After almost two months the results are obvious. Cass is now a consistent threat from behind the three-point line and very smooth with his mid-range game as well. With an expanded game Cass was again being recruited at the highest level but ultimately decided to join a UTEP team that he could make an immediate impact on.

“It’s a big get for them (UTEP) because Manuel has turned himself into a big time college 3 man,” said South Kent Head Coach Raphael Chillious.

In Cass, first year UTEP Head Coach Tony Barbee has landed a player who should be able to challenge for the starting small forward position immediately upon arriving on campus. With his newfound versatility Cass should be a productive scorer in his freshman year and a potential all conference player a year or two down the road.

Greg Loggins Commits to Canisius: First year Head Coach Tom Parrotta has made quite a splash receiving four commitments this Fall. In Loggins, Parrotta lands a forward who is a major mismatch problem. The 6’7 lefty is comfortable stepping onto the perimeter and shooting the 3 when being guarded by a bigger and slower defender or he can take a smaller defender down to the block where he is equally effective. The New York native was flying far under the radar up until this Fall and had recently received scholarship offers by schools in the NEC, American East, and Atlantic Ten among others with schools in the ACC and Big East also showing interest. But Loggins reportedly was anxious to make a decision before the season got under way and is excited about playing close to home next season.