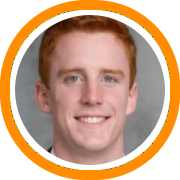 Brewster Academy post-graduate Max Twyman made a verbal commitment to Albany on Monday following his official visit to the campus this weekend.

He made his local debut this summer while running with the New England Playaz on the grassroots circuit, earning increasing division I attention throughout the July evaluation period.  Below are a look at his summer highlights care of 2eZ mixtapes.

Twyman has continued to prove himself throughout the first month of open gyms at Brewster Academy, distinguishing himself with both his impressive skill set, high basketball I.Q., and physical toughness.