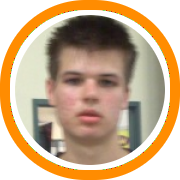 The Boston Warriors AAU program held their annual college showcase night on Tuesday, inviting players from their own program as well as a select group of others to compete in the night’s activities. The Warriors program features an assortment of talent, and a solid showing of New England Division 3 coaches were on hand to watch the action.

Matt Droney, Catholic Memorial- The 6’4 wing plays with strength and confidence, handling the ball and making plays quite adeptly. He made a few perimeter shots, but he was at his best attacking the paint tonight. This is a great sign because Droney has been known mainly as a catch-and-shoot player.

Tyson Hallowell, Middlesex School- The ISL point guard stole the show during the final game of the night, making play after play. He displayed great quickness and expert ball handling, especially when put in pick and roll situations. The only missing piece to Hallowell’s game is consistency from behind the arc; nonetheless, he showed how exciting a player he can be tonight.

John Powell, Brimmer and May- Although he is not a member of the Boston Warriors AAU program, Powell made an appearance at the showcase Tuesday and showed why he is a cant-miss scholarship prospect. At 6’7, he runs the floor gracefully and finishes well in transition. Once his frame fills out, he will be tough to stop on the block in the half-court as well.

Myles Penniman, Lexington High- Pennimen exhibited a tremendous motor Tuesday, hustling, diving on the floor, and rebounding. He is 6’7, long, and lean, and most importantly, he is willing to do the little things that most players are not willing to do. Pennimen certainly possesses the ability to help a team at the next level.

Jerry Ellis-Williams, Reading High- Though he is only 6’4, Ellis-Williams uses his big body to carve out space for himself underneath the hoop. He can handle himself against much taller players because of his lower-body strength. He really controlled the glass tonight, including several offensive rebound put-backs.

Jared Lewis, Malden Catholic- Lewis exemplified a pure shooting stroke, even though his shots weren’t falling consistently throughout the night. He is a very smooth wing scorer who is at his best off the catch.

Kenny Reed, Reading High- Reed showed off a devastating crossover dribble that enabled him to get into the paint and score with an array of floaters and lay-ups.

Joseph Connelly, Beaver Country Day- A deadly catch and shoot player out of Beaver Country Day, Connelly’s value is in his ability to stretch the floor. He is only a sophomore, and he should have a very productive final two years of high school.

Isaac Carp, Pingree- This heady guard has a knack for making the simple play, which is an important characteristic for a floor general. What he lacks in speed and athleticism, he makes up for with his IQ and dependability.

Ben Lawhorn, Lincoln Sudbury- Lawhorn’s strength and physicality are his greatest assets. He made some very tough defensive plays and was always around the ball.

Greg Bridges and Randy Glenn, New Mission- Both of these 8th grade guards have a bright future ahead of them. They were able to compete with players 3 and 4 years their senior in impressive fashion. Bridges and Glenn possess unique quickness, ball-handling ability, and court vision for players their age. They will be forces to reckon with in the coming years, once they grow and fill out.