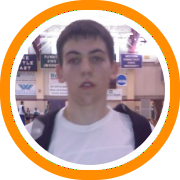 The Boston Warriors held their second annual college night on Tuesday, inviting college and prep school coaches, as well as the New England Recruiting Report, in to see their players participate in a showcase style event.

The final 75 minutes of the showcase was set aside for game play, allowing the numerous talented players in the program the opportunity to show their stuff.

Here is a look at who impressed:

Marco Coppola, Watertown – It’s easy for guys to give less than 100% or try to do too much with the ball in a showcase style setting, but Coppola was just the opposite.  While he has a well earned reputation as a long-range shooter, he showed his prowess going to the rim on Tuesday by driving and kicking effectively, playing off of two feet inside the lane, and even finishing with some running hook shots Steve Nash style.

Samir McDaniels, New Mission – A man among boys on the perimeter, McDaniel has made a name for himself on the regional level this spring by going to the rim and posting smaller players.  But he is working to add new dimensions to his offensive arsenal and was intent to demonstrate his developing mid-range game on Tuesday.

Ousmane Drame, New Mission - Upside continues to be the name of the game for Drame.  He just began playing the game competitively two years ago and has already made huge strides, especially within the last twelve months.  He was silky smooth during skill work which makes us believe that his best basketball is still yet to come.

Dan Brooks, Catholic Memorial/Kimball Union – Brooks will take his game to the prep level for a year after graduating from CM this month.  He is another guy who has improved a ton within the last year as he further strengthened his body and become a much more consistent shooter.  He will definitely be a guy to keep an eye on during the upcoming July period.

Osmel Odena, New Mission – The still unsigned senior was very impressive on Sunday, getting things done on both ends of the ball.  Offensively he showed a quick first step and slashing game while defensively he uses his tremendous speed to make plays when trailing the break.

Dan Giovacchini, Lawrence Academy – Giovacchini isn’t a showcase style player as his game is far more efficient than flashy, but anyone who has seen the Warriors play this spring knows that he is as important to his team’s success as anyone because he brings toughness and effort, a gritty defensive presence, and a shot maker to space the floor.

Kenny Reed, Reading – It was our first live look at the sophomore guard and we came away impressed.  He’s a strong and powerful point who goes to the rim like a freight train and is equally effective creating for others thanks to some terrific court vision.  He will certainly be a guy to keep an eye on over the next two years.

John Swords, Lincoln Sudbury – Another guy who made a solid first impression, Swords is an intriguing big man because his size automatically changes the game.  The six-foot-ten center was even more impressive off the floor as a well spoken prospect who also gets it done in the classroom.

Matt Droney, Canton – Coming off all-tournament nods at last weekend’s Gym Rat Challenge, Droney picked up right where he left off.  He stands out because he has a good feel for the game and just knows how to play.  Far steadier than spectacular, Droney gets into the lane some, passes pretty well, and is a capable catch and shoot threat.

Others Who Caught Our Eye:

•  Nick Grassa (Lynn Classical) made some shots and showed his typical toughness and sound feel for the game.

•  Bill Claflin (Woburn) is a low post prospect with some potential, showing good footwork and a nice jump hook.

•  Mickel Simpson (Woburn) is a very athletic swingman who goes to the rim and defends well.

•  Trey Jones (Reading) is a bulldog style guard who gets wherever he wants with his dribble and has range on his jumper.