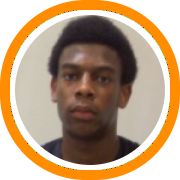 The Boston Warriors have already had an excellent spring, and Tuesday’s college night was the latest highlight. A high number of local college coaches were on hand for the event, which featured an hour of skill work, followed by an hour of five on five games.

Here’s a look at some players who impressed:

Andrew Gosselin, St. Bernard’s- This hard-nosed shooting guard was locked in on Tuesday night, demonstrating his ability to make shots off the catch, even with a hand in his face. Gosselin’s high basketball I.Q. and his ability to stretch defenses make him a valuable player for the Warriors.

Jeff Tagger, Taft- Tagger has a terrific handle, which allows him to be very steady at the point guard position. Though not overly quick, Tagger is able to get wherever he wants to on the court. He also demonstrated a solid long-range stroke on Tuesday.

Andrew Musler, Belmont- Not flashy, Musler has the potential to fly under the radar at showcase-style events; however, the combo forward really played well on Tuesday. Musler is a very smart, unselfish basketball player who has terrific touch in the paint. He can also put the ball on the floor and get to the basket, despite his thin frame.

Ousmane Drame, New Mission- Potential is the key word for this 6’8 big man. Drame is raw and needs to add muscle, but his length and athletic ability are undeniable.

Jarrod Devaughan, Brockton- Devaughan had coaches buzzing about his remarkable strength and athletic ability. The big, physical guard simply explodes off the ground. With his tools, Devaughan has the ability to guard three positions and be an absolute nuisance to offensive players.

Derek Retos, Brimmer and May- His patented stroke is well-documented, but Retos’ improved handle and mid-range game is what has made him into a scholarship-level prospect.

Marco Coppola, Watertown- This sophomore wing player is a good scorer and will have an excellent high school career. He can slash and attack the basket, as well as shoot the three with a pure stroke.

Alex Kershaw- Using his solid first step and excellent leaping ability, Kershaw attacks the basket with no fear. The southpaw also made some perimeter shots, as he showed that defenders will pay for playing him exclusively for the drive.

Travonne Berry-Rogers, Lynn English- Only a sophomore, Berry-Rogers displayed the ability to run the show on Tuesday. He has great quickness and is solid with the ball, which enables him to both score off the dribble and make plays for others.

Dan Brooks, Catholic Memorial- With his size and strength, Brooks is an absolute terror at the wing position. He is an explosive leaper who plays with tremendous toughness and physicality. Once Brooks gets a head of steam going to the basket, he will not be deterred.

Andrew Prince, Waltham- Prince is a skilled lead guard with a very nice pull-up jump shot. He was able to connect several times on Tuesday.

Chris Parentau, Nashoba Regional- At 6’7 with great length, Parentau has definite upside. On Tuesday, he showed good activity on the offensive glass and a capacity to step out and make a fifteen foot jumper.