Boeheim Shines on Day 1 of NPSI 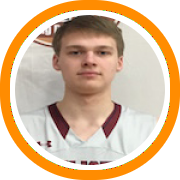 The NPSI tipped a day earlier than normal this year with four games on Wednesday night followed by four more full days of action from Thursday to Sunday.

Brewster Academy stole the show as they steam rolled Stellazzurra, a young but ultra-talented team from Italy consisting of more than one NBA prospect.

While three NBA scouts were on hand to check out Paul Herman Edoua, a chiseled 6-foot-8 forward with a reported 7-foot-3 wingspan, it was Brewster's Buddy Boeheim who stole the show, particularly in the first half.

Boeheim drilled six three-pointers in the opening half, showing a tremendous ability to get balanced with his feet set and knocking down shots from all over the floor in the process.

The Syracuse commit, who will play for his father Jim Boeheim at the next level, finished with a game high 25 points and earned MVP honors presented by NetScouts.

Aside from Boeheim's fantastic individual performance, the real story for the rest of the NEPSAC, and national prep school basketball on the whole, was the play of Brewster collectively. The Bobcats were inspired and crisp from start to finish and seemed more than prepared to defend both their NEPSAC and national championships in the upcoming weeks.