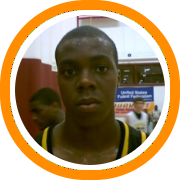 BasketBull’s annual All-Star Challenge moved from Springfield to Newton this year to combine with the “Fitzy Games”, co-chaired by BABC founder Leo Papile.

The Paul Fitzpatrick-Knobby Nolan Memorial Games were started to establish a foundation to send girls and boys to basketball camps in Fitzy and Knobby’s names.

As part of the day’s festivities three different all-stars games beginning with BABC taking on a team of Connecticut underclassmen and followed by graduating seniors from New England public schools and then prep schools.

The Boston Amateur Basketball Club made their spring debut against team comprised of many of Connecticut’s most talented juniors, but even the all-star team couldn’t contend with the defending national champions as BABC scored an easy win.

Georges Niang – Niang scored 20 points in the first half alone. All of his points were off of lay ups or dunks. Whenever he had an opening in the paint, Niang would finish every time. It was an effortless game-high 37 points and 13 rebounds for Niang.

Rene Castro – Castro hit three 3-pointers in the first half. While he did have a tendency to turn the ball over, he was nearly perfect from the field. He took smart shots and never forced the issue. He also managed to get 12 assists. His most impressive assists were in the second half on two back-to-back alley-oop passes to Jake Layman.

Nerlens Noel – Noel came out on top of the battle between Sean Obi in the first half with a few stunning blocks, showing his typically dominant defensive along with a strengthened frame and high motor.

Jake Layman – Layman was his usual active self, getting in passing lanes to get steals.  He did not settle for outside shots and did most of his damage on drives to the hoop. Layman finished with 15 points.

Andrew Chrabascz – While he did not get many touches, Chrabascz showed off his great passing ability in the high post along with a good nose for the ball coming off of the boards.

Darren Payen – The 6’7” combo forward displayed a nice short-range and mid-range game.  He also showed some flashes of explosiveness with a few impressive dunks.

Kahlil Dukes – Dukes passed the ball extremely well, hitting his teammates in just the right spots.  He added 14 points of his own by aggressively attacking the hoop and not being afraid to shoot the ball.

Sean Obi – Obi did not back down to the hyped up Nerlens Noel. He crashed the boards and got to the line effectively. Despite only scoring nine points, Obi’s length helped his team stay in the game at times.

Victor Joshua and Jaquann Starks – Both guards heated up at times by scoring in bunches. Putting the basketball in the hoop did not appear to be an issue for either of these guys.

MVP – Greg Andrade finished with 18 points and 8 rebounds. Andrade took his man off of the dribble many times. He was best in transition, pulling off many impressive dunks.

Torin Childs-Harris – Childs-Harris was arguably worthy of the Most Valuable Player award along with Andrade. He also finished with 18 points. His athleticism allowed him to get by his defender for a dunk or lay-up or rise over them for a pull up jump shot.

Phil Starks – The North team must have loved Starks because of his great passing ability. Starks also managed to get to the line a lot, knocking down eight of his eight free throw attempts.   He finished with 12 points.

Tyler McFarland – McFarland had the quietest but most effective performance of the day with 16 points. It is hard to pinpoint one thing that he does well, but there’s no doubt McFarland was a big contributor to his team’s win.

Kenny Reed - Reed, the only Massachusetts player on his team brought great energy off of the bench. Despite being one of the shortest guys out there, Reed certainly does not play like it. While he did not take as many shots as he does for Reading High School, Reed managed to get a few nice put back lay-ups.

Joe Bramanti – Bramanti was not afraid to get fancy with his ball-handling skills. Whether it was the Rajon Rondo fake behind-the-back pass or a tight crossover, Bramanti found a way to get to the basket every time and finished with 21 points.

Tevin Falzon – What was really impressive about Falzon is his improved mobility.  This allowed him to get by defenders in the post where he used his soft touch.

Samir McDaniels –Coming off his state championship only a day earlier, McDaniels showed a great touch inside, never forced the issue, and patiently waited for his time to score his 22 points. He may have had the play of the game with a put-back dunk that came out of nowhere in the fourth quarter.

Kachi Nzerem – Nzerem showed flashes of why he is one of Massachusetts's best kept secrets. He scored numerous times with ease from all over the court.

It was the closest game of the day but the Black Team, coached by Milton Academy coach Lamar Reddicks, came out on top. Their size, athleticism, and aggressiveness prevailed over the White Team.

MVP James Kennedy – There was nobody stopping Kennedy when he was close to the basket. He overpowered opponents and posted up whomever he wanted. Kennedy finished with 12 points.

Andre King – After his three-point contest performance, King picked up from where he left off. He scored the ball well and did not let anyone get in his way.  12 points

Ousmane Drame – Drame’s versatile game was perfect for this format. Whether he was running the fast break or crashing the boards, he could always find a way to get his hands on the ball.

Tyler Strange – Strange finished with a quiet 16 points. He is always under control and uses his quickness only when he needs to. Despite being one of the shortest guys on the floor, Strange managed to always stay in front of his man and disrupt many outside shots.

Scott King – King put his inside-outside game on full display. He was nearly perfect from outside with three 3-pointers. King has that rare ability to always be in the right place at the right time while on the court. 17 points.

Tavon Allen  - Similar to King, Allen has a nice inside-outside game. He did most of his damage driving to the hoop in transition.

Anthony Jernigan – Jerningan’s game fit in perfectly for this all-star game. His slippery handle impressed the crowd numerous times and allowed his teammates to get open looks.

Brandon Sherrod – When he established position in the post, nobody was stopping Sherrod.  He used his massive frame to get easy baskets for himself in the low post.

Ryan Canty – Canty put together a nice little performance with 16 points. He decided after losing in the dunk contest to pull of few nice ones off in the game, one particularly impressive one over Dennis Clifford.

Three Point Contest Winner – Andre King finished with 12 three’s in the first round and 11 in the second round to win it.

Dunk Contest Winner – Deshawn Murphy won the dunk contest against Drew Crudup. Murphy’s first round dunk was particularly impressive as he scored 30 out of 30 possible points. It was a windmill off of a hand off from Tavon Allen.

Video - To see a preview of video highlights visit the NERR homepage.