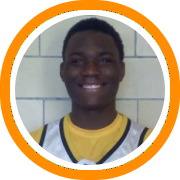 It has become tradition that the final lap of the fall AAU schedule be completed at BABC’s Veteran’s Day Classic, and this year’s event was rooted in tradition.  The 20th annual classic celebrated the milestone by returning to two community centers that the program used to call home over 20 years ago when the likes of Patrick Ewing were wearing black and gold, and so the 2011 BABC Veteran’s Day Classic returned to Tobin Community Center and Vine Street Community Center, to host a talented and selective field of New England’s top programs.

The New England Recruiting Report was on hand on Saturday to check out the action.  Here’s a look at the prospects that stood out the most:

B.J. Martin, BABC - He comes from good stock and his genes are paying off with a ton of physical tools to work with.  He's powerful, agile, and athletic with the ability to bully people inside or shake his defender off his dribble.  Definitely a youngster to keep an eye on moving forward.

Jake Layman, Mass Premier – BABC’s star forward is getting a fall run with the Mass Premier squad and making the most of the time, as he continues to establish himself as a dangerous shot-maker while showing off a strengthened body and getting above the rim for his normal aerial assault.

Josh Sharma, Rhode Island Hawks – The young Lexington big man showed some flashes of stardom on Saturday afternoon, making turnaround jumpers over contesting defenders, rotating from the weak-side of the floor to block shots, and coming off back-screens to hammer home lobs.

Dustin Cole, MB Nation – He’s automatic when left open from behind the arc with as smooth and pure a stroke as you’ll find, but he’s shown development in terms of his ability to create his own offense, both by tightening his handle as well as creating space in the mid-range area.

Bruce Brown, BABC – He’s a high level athlete with a great motor and undeniable upside.  He always finds a way to get himself around the ball, gets numerous deflections, and thrives in the open floor with his ability to attack the rim and elevate above the pack to finish.

Jerrelle Washington, Rhode Island Hawks – The lefty guard had his most impressive showing of the fall thus far.  He made plays on the defensive end to spark run-outs, was quick and decisive with his handle, and was consequently able to attack the rim at will.

Damion Smith, BABC – The Boston product has added to his game since arriving at La Lumiere (Indiana) in the fall, and he took this weekend trip back home to prove it.  Quick with his dribble and disruptive on the defensive end, Smith also impressed with his passing ability.

Malique McLaren, Boston Spartans – He may not have been the team’s leading scorer but he was among the most efficient and versatile players on the court.  He handled in the open floor, made a variety of college level passes, and played the pick and roll effectively.

Brady Holding, Middlesex Magic – His name was a new one to emerge on Saturday, showing the skill to make pull-ups in the mid-range area and the athleticism to rise up to finish with dunks in transition.

Tyler Thayer, MB Nation - Thayer emerged as a capable running mate to Cole, stepping up and making big plays down the stretch of an epic battle with the Hawks.  He’s tough and scrappy, able to make open shots, or get himself into the paint in the team’s dribble drive attack.

Tykei Hallman, Middlesex Magic – A long glass of water playing on a trampoline, Hallman made a pair of plays to declare his upside, flying out of nowhere to pin a potential lay-up against the glass on the defensive end, and then following that up with a tip dunk on the offensive end.

Tyree Robinson, BABC – The Putnam Science freshman was playing with the sophomore team and he put on his normal assault of the rim, rising up for a wide variety of explosive finishes both in the open floor as well as the half-court.

The Veteran’s Day Classic will continue on Sunday with BABC hosting four games at Tobin Community Center.  The sophomores play the Boston Spartans at 3pm, the freshman meet the Spartans in the freshman division at 4:10pm, and then the juniors play back to back games against Middlesex Magic and the Spartans.