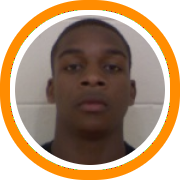 Brewster Academy utilized their superior size and depth to eventually wear down a young, but talented, Cushing team.  Thomas Robinson, who is committed to Kansas, showed why he was such a high priority for many of the nation’s top programs as his length, athleticism, and high motor makes him an absolute beast inside crashing the glass and finishing around the rim.  Robinson finished with 14 points and 13 rebounds.  Credit is also due to point guard Simeon Marsalis, who is headed to Vermont next year.  Not only did Marsalis step up and show his ability to drain shots from the perimeter, but he also did a nice job running the team and distributing the basketball.

Unsigned post-graduate Derrek Tartt no doubt caught the eye of the on-looking college coaches as he played a very well rounded floor game en route to a 13 point, 5 rebound, 4 assist, and 4 steal performance.  Offensively, he showed he is a true combo-guard who can get his own shot as well as see the floor and pass the ball in both transition and a half court set.  Defensively, he really thrived in Brewster’s full court system as his length and quickness allowed him to be very disruptive and get lots of deflections.

Domonique Bull was a bright spot for Cushing as he showed his prowess off the dribble.  Despite being just a freshman, Bull already has the physical maturity and strength to withstand contact inside the lane which helps him to both get to the paint and then finish.  Sophomore James Kennedy also showed some flashes as there were signs of his evolving skill set as well as his natural strength and athleticism.

Tilton picked up their latest blow-out victory as they defeated St. Andrew’s by a 30 point margin.  It was a fairly close game at the half as Tilton finished the first 16 minutes up 42-32.  But they opened the second on a tear, shot the ball tremendously well, and had built their lead up to 68-40 after just six minutes of action.

Following the game St. Andrew’s head coach Mike Hart had this to say about his fellow class B school, “They’re the best team in New England, and I’ve seen everybody.  Their role players accept their roles, they play together, and there are a lot of guys to cover.”

That was certainly the case on Saturday as Tilton had six players score in double figures.  Gerard Coleman and Jamal Coombs led the way in the scorer’s column with 20 and 19 respectively as both showed not only their customary dribble drive game but also the ability to make shots from behind the three-point line.  But the real story of the day may have been the play of Georges Niang, who finished with 18 points.  Not only is he a very tough young player who rebounds and finishes inside, but he is the perfect compliment for Alex Oriakhi (11 points, 12 rebounds) because he can score with his back to the basket (especially when played by the opposing team’s secondary interior defender) and also help to stretch the opposition’s defense with his ability to shoot the three and pass the ball from the high post.

Another unsung hero for Tilton is Scott Tavares who really seems to be thriving in a set-up role around the “big three”.  Not only does he distribute the ball well, but he’s also a good scorer of the basketball himself, who gets to the rim with quick starts and stops off the dribble.

Alex Kershaw is the ultimate role player that every great team needs.  He’s the kind of guy coaches love to have on their team but hate to have on the other team, as he’s super tough and physical, and good enough to hurt you if you help off of him offensively.

St. Andrew’s continues to move in the right direction as they are getting more and more production from their young players.  Youri Dascy battled Oriakhi hard all night long, being physical when guarding him in the post and even showing an ability to power up and score himself on the offensive end…he finished with 12 points and 11 rebounds.  Mike Carter-Williams continued to show his smoothness as he made shots from the perimeter and also managed to create off the dribble.

But the best player on the floor for St. Andrew’s was Nyheem Sanders who scored 22 points.  Sanders continued to show his much improved three-point stroke, which kept defenders honest, and consequently allowed him to get to the rim off the dribble.

The BABC Prep Classic will continue on Sunday at Chelsea High School.  Notre Dame Prep and Bridgton Academy will get things going at 2pm in a match-up of the third and fourth ranked prep school teams in the country.  Brimmer & May and Marianapolis Prep will lock up in a class B battle at 3:30 as Brimmer looks to prove they can play with the best in the conference.  The final match-up of the day will feature class C powerhouse Lawrence Academy against one of the favorites from class D in Boston Trinity.