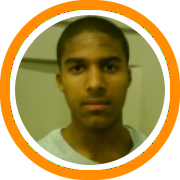 Three New England states were represented at Chelsea High School on Thursday as teams from Massachusetts, Rhode Island, and Connecticut were all in action at BABC’s annual Holiday Classic.

Durfee 79 East Boston 74
Durfee came up with a big victory in the event’s first game as they knocked out city powerhouse East Boston.  Sophomore point guard Mike Rivera came up big in the victory as he got all of his teammates involved while scoring 13 points and handing out 9 unofficial assists (no statistics were available).  Jeff Cannon led East Boston with 20 points including four three-pointers.

Everett 61 Rogers 48
This Everett team is far from the squad advertised at the beginning of the season.  With both Kyon Watkins and Isaac Johnson out of the line-up the team will need other players to step up throughout the year.  Today that wasn’t a problem as four different players scored in double digits, with no one tallying more than Jerome Cohen’s 14.  Cohen was a load inside as he threw around his big body while showing a soft touch.

Springfield Central 59 New Bedford 55
After being outplayed in virtually every aspect of the game for the first 30 minutes, New Bedford made it interesting in the closing minutes.  A three-pointer by Preye Boyle with less than 90 seconds helped Central seal the victory.  The 6’5” forward was impressive throughout the game as he scored inside, controlled the backboards, and made several impressive passes.  Also playing well for Central was Victor DelRosario who matched Boyle’s 18 points while slashing to the basket and knocking down open shots from the perimeter.  New Bedford was led by 6’3” senior forward Nathan Miller who also finished with 18.

Bishop Hendricken 59 Springfield Cathedral 49
After Cathedral opened the game with a 10-2 run it looked as if they were poised to run away with the game, but ultimately it was just the opposite.  The rest of the first half dragged out as neither team could find much offensive rhythm.  Billy Baron provided a much needed spark for Hendricken, rattling off six consecutive points to cut their deficit to 26-20 heading into halftime.  The second half was a completely different story as the Rhode Island state champs scored 39 points (almost twice as many as their first half output).  They finished with four players in double figures as Baron and Nick Manning had 10, Matt Barboza 11, and Brendan Degnan 16 to lead the way.  Ultimately their versatility was their biggest weapon as Barboza drained shots from the mid-range area, Manning slashed to the basket for acrobatic finishes, and Degnan knocked down shots from the perimeter.  Cathedral was led by Alex Berthiaume who scored 18 points while showing off his deep range on his three-point shot.  However, the Springfield squad was never able to establish themselves inside as Rashad Wright couldn’t get anything going.

Cambridge 68 West Roxbury 55
This game was a classic one on one battle as Robert Wesley and Gerard Coleman led their respective teams.  Wesley got to the rim early and often as West Roxbury was never able to contain his dribble penetration.  Coleman was equally effective as the long lefty showed his all around game by scoring in a variety of ways.  With both stars playing at a very high level this one was decided by the supporting casts as the Cambridge role players stepped up to give them the victory.