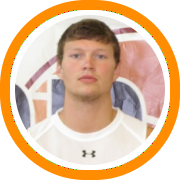 The seventh annual Hoop Mountain All-Academic Camp is underway on the campus of Brandeis University, with over 360 players from 38 states competing in front of some of the nation’s elite academic institutions.  Here’s a look at some of the New England products, as well as their out-of-region counterparts, who have stood out throughout Thursday’s rounds of five-on-five play.

Cam Shorey (Phillips Exeter)- A strong, sturdy athlete with the ability to get up and finish above the rim, Shorey had his versatility on full display throughout the day, punishing smaller defenders with his size and strength around the rim and attacking bigger fours with a quick first burst from the wing after forcing hard close-outs with his ability to stroke it from three.

Tochi Oti (Los Angeles, CA)- One of the premiere lead guards at the event, Oti displays a maturity well beyond his years slithering his way through congestion in the open floor with the ball in hand and finishing plays with a devastating combination of athleticism and skill.  He’s tactfully aggressive in the half-court, recognizing when to score or share, and has the natural feel to dictate pace and make his teammates better with a court demeanor exuding all-out confidence.

Max Ralby (St. Andrew’s FL)- A high I.Q. lead guard with the athleticism to match his understanding of how to execute positive plays, Ralby will attack close-outs with a hard burst off the bounce or knock down an open three off reversal.  He throws the ball ahead in transition, makes the extra pass for a clean look, and when the defense gives him room, has the skill-level to score the ball in a variety of ways.

Josh Cohan (Calabasas CA)- The six-foot-five California-product personifies the role of hybrid forward as there’s not one specific place on the floor he does his damage, but rather is a threat to score the ball from all over the floor due to his high skill-level and high-level physicality.  He stretches the defense, finishes through contact at the rim, and shows value as an effective high-post passer able to locate the open man when he draws multiple defenders at the second level.

Ed Lawrence (Canterbury School)- The seven-foot-one big man showed why he is a coveted academic recruit today, blocking shots and showcasing a feathery soft touch around the basket. Edo is polished finishing with both hands and has showed improved footwork. He also showed improved toughness, as he was able to snatch offensive rebounds, gather himself, and finish strong around the basket over smaller defenders.

Anthony Barry (Brooks)- One of the elite high-risers at the event, the six-foot-four wing impressed with a polished dribble-drive series in early morning games, getting past defenders with a series of creative crossover exchanges and using his explosive, quick lift to finish at or above the rim through contact.

Jacob Katz (San Diego Jewish Academy)- A bruising force on the interior with an endless motor and workhorse mentality, Katz is a monster on the glass on both ends, can finish through contact around the rim, and shows the ability to step out and knock-down a free-throw line jumper with a soft touch out to 15 feet.

Paschal Chukwu (Trinity Catholic)- The most intriguing long-term prospect at the event at a legitimate seven-foot-one, Chukwu features a 90-inch wing span (Dwight Howard’s is 88) that he uses to block and alter shots in high volume and rebound the ball out of his area solid ball pursuit through contact.  With live feet and developing hands around the basket, his upside is limitless with some added muscle and game experience against quality competition.

Jordan Hill (Lasalle High CA)- One of the elite athletes at the event, Hill is as explosive as he is polished with the basketball, getting out for easy sores in transition with smooth body control through traffic and an understanding of how to hunt his offense in the half-court with a mixture of acrobatic drives to the hoop and a pure stroke from three.

Travis Sheldon (Milton Academy)- Milton Academy’s starting point guard showed why he is one of the surest floor generals in Class A of the NEPSAC with a tight, yet efficient, handle to get into the lane, a knock-down stroke from three, and the I.Q. to see a play develop and choose the sound, simple play over a flashier, less-effective alternative.

Niko Kotoulos (Morris Knolls High NJ)- An athletic, long big with the versatility to grab the ball off the glass and lead the break himself with high efficiency, Kotoulos featured an unmatched motor throughout the camps first full day, facing up and scoring with hard drives to the rim, rebounding the ball with fury on both ends, and making a statement with his defensive tenacity that baskets were going to be hard to come by.

Harry Rafferty (Berwick Academy)- Following a light-it-up, 10-three performance on Wednesday against NJABC at the Super 16 Showcase, Rafferty hadn’t cooled off in his first two games at All-Academic, consistently knocking down threes off dribble penetration and even picking his spots to attack close-outs efficiently and get to the rim with tight, direct dribble moves to the rim.

Ian Malone (Montverde FL)- A fundamental, highly-skilled face-up four with a physical interior mindset, Malone impressed with multiple jumpers out to 16 feet and the versatility to create his own offense off one or two hard bounces from the free-throw area extended.

Victor Udoji (Northfield Mount Hermon)- Reclassifying next year for head coach John Carroll at NMH, the young, explosive wing will bring high-caliber athleticism and elite finishing ability to the Northern Mass. campus, along with long, lock-down potential defensively and the ability to turn defense into offense quickly with dynamic speed in the open floor.

Matt Staubi (Rye Country Day)- An impressive young guard with a future NESCAC-molded game, Staubi throws the ball ahead in transition, makes efficient plays with a tight, creative handle, and, while his lack of size limits his ability to get to and finish at the rim at this point, he fills it up from three and finds people for high-percentage looks with a high basketball I.Q.

Rashid Epps (The Hun School NJ)- Long, athletic, and bouncy on the wing, Epps is a threat to force a turnover defensively and get out in transition on almost every possession, as he thrives at creating deflections and using his speed and leaping ability to burst past defenders and score with flare in the open floor.

Troy Davine (Vermont Academy)- The six-foot-two combo guard impressed with excellent size and length and the ability to score the ball inside or out with a textbook release from three and the handle to break people down off the dribble.  Most intriguing about Davine is his ability to not only score, but also share the ball as someone with the vision and creativity to locate people off the bounce and thread the ball on a dime for a high-percentage score.

Jake Donnelly (Taft School)- A solid, steady presence with the ball in his hands, Donnelly is ever-steady making decisions on the break and equally as efficient in the pick & roll, utilizing an effective drag dribble and identifying whether to drop the ball down to an open cutter through traffic or pull-up for his reliable mid-range jumper.

Ryne Williams (George Bush High TX)- Williams was on fire from three through the camp’s first two sessions, using his lethal outside touch to create space for explosive drives to the basket from a variety of angles.  Most impressive, however, was his display of a pure, stop-on-a-dime pull-up, one that he used at will in transition after he would push the pace with his electric arc-to-arc burst, stop at the free-throw line, and rise up over a retreating defender.

Isaac Carpe (Pingree)- Much like Donnelly, Carpe is a true lead guard who consistently finds himself in the center of positive plays and has a high enough skill-level to maneuver his way through traffic with his dribble and make sound plays with a deft passing touch.

Harrison Taggart (St. Paul’s)- After an impressive day-long showing at Super 16 Showcase on Wednesday in which he showed improved interior toughness to go with his trademark stroke from three, Taggart was again showing added dimensions to his game on Thursday at All-Academic, attacking close-outs with regularity in either direction and even posting smaller defenders with a quick spin baseline and soft hook over his left shoulder.

Eli Lubick (St. Mark’s)- Lubick’s tireless work ethic defensively was on full-display on Thursday, as he consistently got out in passing lanes and wreaked havoc on opposing ball-handlers, while doing damage on the offensive end with a solid stroke from three and a grittiness to gather loose balls in traffic and finish through contact.

Jaymie Spears (St. Mark’s)- Electric with the ball in his hands with dynamic end-to-end speed and the motor to push the pace in transition, Spears utilizes a quick left-to-right change to jet by his defenders for lay-ins over the front of the rim or pull-up for a smooth mid-range jumper in front of size in the lane.

Eric Green (St. Mark’s)- Turning in the day’s most impressive individual play, Green brought the early afternoon crowd to its feet with a near eye-level, tomahawk dunk in transition.  An elite level athlete with blue chip bounce, Green finishes everything up on the square around the rim and shows a developing mid-range jumper that would create severe match-up problems for opponents.

Zach Karalis (North Andover)- Always playing with in himself, Karalis caught fire in his night-session game, connecting on several catch-and-shoot threes. He also showcased an ability to put the ball on the floor for one or two dribbles and get to the hoop on efficient, straight-line drives. He is a mistake-free player that can be a major asset to a high-level Division 3 team.

Peter Keaney (Martha’s Vineard Regional)- Keaney is strong a strong, fluid athlete who thrived in the halfcourt, converting off of excellent passes from his teammate Harry Rafferty. A capable mid-range shooter, Keaney is a versatile combo-forward.

Henry Bolton (St. Andrews)- Powerfully built, Bolton used his strength to bully smaller guards on his way to the hoop. He also made a number of tough pull-ups with hands in his face, showing he can convert high degree-of-difficulty shots.

Tarik Smith (St. Paul’s)- Smith has been on the Hoop Mountain circuit for years and what has always set him apart is his tight handle. The wiry lead guard can shake defenders with a wide array of dribble moves, enabling him to get into the paint and make plays.

Malcolm and Marcus Allen (Centennial HS NV)- The Allen brothers are both sparkplug guards who can dribble, defend, and shoot. The pair of them had a tremendous impact in their night game, breaking down defenders off the dribble, finding one another for open jumpers, and creating offense with their pressuring defense.

Laurent Firlotte (Hopkins)- The lefty is known as a shooter, but he impressed us today with his improved ability to put the ball on the floor and make plays for others. He played a more slashing style of game, getting into the paint and making the smart pass to either a big man underneath or a shooter beyond the arc.

Kameron Mitchell (Mandarin HS FL)- Perhaps the most exciting player to watch at camp, Mitchell dazzled the crowd in his night game with NBA-range threes, tantalizing crossovers, and no-look passes. Mitchell is a home run hitter from the point guard position, always looking to make the big play. Most memorable was when he pulled up on a secondary break from beyond NBA-range to splash a Fredette-like three.

Nick Lund (Rivers)- A monster in his night game, Lund had some loud blocked shots that made offensive players wary about taking the ball to the basket. The lefty also showed a soft touch around the basket, turning over his right should to convert off the glass with his strong hand on a number of occasions.