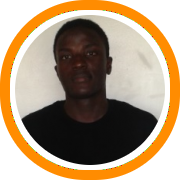 The six-foot-eight 225 pound big man had taken official visits to Loyola Marymount, Missouri State, and St. Louis within the last week but was at home in Buffalo this weekend to make his decision.

He originally had a fourth official visit scheduled for next week at Illinois State and held additional offers from Oklahoma, Tulane, Tulsa, Kent State, Marshall, Charlotte, Stony Brook, and Miami of Ohio according to his cousin and primary guardian.

Agbeko came to South Kent after graduating from St. Joseph’s Collegiate Institute in Buffalo, where he was one of the best high school basketball players in upstate New York.

At South Kent, he established himself as an interior force and one of the best rebounders in all of prep school basketball.

He will be joining a St. Louis team that swept the Atlantic 10 Conference this season with both the regular season and tournament championships.