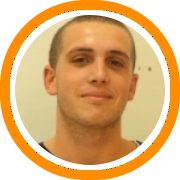 The 2012 rankings have now been posted…but this list is just a starting point.  We are sure that there are more talented youngsters floating around New England that we haven’t had the chance to see enough of yet or see at all.

But we are also sure that the class of 2012 features a handful of can’t miss prospects, especially in the state of Massachusetts.

It begins with St. Mark’s Alex Murphy.  He seems to grow an inch every month and yet still has the skills, savvy, and basketball I.Q. of a point guard.  You also have to be impressed by his maturity at such a young age as he lets the game come to him and makes plays within the flow of the offense while patiently waiting his turn behind big brother Erik and his running mate Nate Lubick.

If you need a basket come crunch time than Domonique Bull is your guy.  He’s the best in the class at breaking his man down, getting to the rim, and creating his own shot.  He’s also got a big and strong body along good athleticism, which gives him plenty of upside.

Nerlins Noel is a name many don’t know yet…but they will.  The 6’7” big man has the size, athleticism, and physical potential to go as high as he wants to.  He may be farther ahead defensively right at the moment, but his offensive game will catch up.

New Bedford’s Steve Wynn is a playmaking guard who makes things happen at both ends of the floor and is on track for a tremendous career.  He checks in at #4 in both Massachusetts and New England.

After Massachusetts, no state may have more depth than Rhode Island as they feature guys like Andrew Chrabascz, Gunner Bjornson, Rob Hazard, Bryan Gautier, Cesar Mejia, and Michael Neal.

In Connecticut, Cheshire Academy’s Xavier Rathan-Mayes sits atop the list in the early going as he is already running the show and putting up big numbers for first year head coach Kevin Kehoe.

Maine has two tremendously talented guards in Chris Braley, who is also putting up big numbers early in his career, and super smart point guard Will Defanti, who is seeing significant minutes on one of the state’s top teams.

New Hampshire has two talented guards of their own.  St. Paul’s Tarik Smith can do a little bit of everything while Exeter’s Showly Nicholson gets to wherever he wants with his dribble.

Vermont is led by a duo of 6’8” big men in Mount Anthony Union’s Eric Suder and Websterville’s Andrew Schuman.