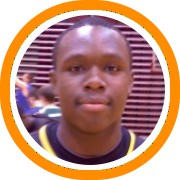 It has been quite a long time since we updated our rankings for the class of 2011.  While we tried to catch glimpses of the youngsters as often as we could this spring and summer, we admittedly spent much more time evaluating the upper classmen.

Consequently, this list should be thought much more of as a starting point then as hardened truth.  After all, these players are very young, and lots can change in the next three years.  One thing to keep in mind though, we are not ranking who currently has the most impact, but who projects to be the highest level recruit down the road.

#1 Alex Murphy – He will only be in the class of 2011 for a few more weeks before he reclassifies to the class of 2012 at St. Mark’s.  It’s almost unfair as he is already tops in ’11 in our book.  His size, skills, versatility, and feel for the game are simply unmatched at this point.

#2 Andre Drummond – His dominating performance at the 15 and under nationals was enough to warrant attention from a wide variety of high major programs.  He still has a long way to go, but his upside is as big as his frame.

#3 Derrick Wilson – The Hotchkiss guard was a main staple of the New York Gauchos 16 and under team that earned the silver medal at the AAU nationals at the end of the month.  St. John’s, Texas, Georgia Tech, Memphis, Syracuse, and Stanford have all been keeping tabs.

#4 Domonique Bull – Bull appears to be the next in a long line of big time talents to come out of the BABC program.  His physical gifts simply make his ceiling much higher than the vast majority of his peers, while he is just starting to realize how good he can be.

#5 Anthony Jernigan – His ball skills are absolutely off the charts for a player his age, as is his feel for the game.  He is also boasting a much improved jump shot.  No one on this list controls a game more than he does at this point in time.

#6 Joe Sharkey – Some people have forgotten about the Northfield Mount Hermon combo-guard since he opted to play with New Heights AAU instead of a New England based program.  But after having a terrific spring and summer with the NYC program, he has proved that he remains among the class’ best.

#7 Egi Gjikondi – He has a big body, a sound skill set, and a terrific ability to run the floor.  He also brings a toughness to the court with him that you simply can’t teach.  We’re looking forward to watching him develop over the next three years.

#8 Mike Carter-Williams – The new St. Andrew’s point guard could have easily been put higher on this list.  He has all the tools including good size for his position, a smooth jumper, and a great handle.

#9 Jared Johnson – A very versatile offensive player, he not only scores in a variety of ways, but he is also a very effective distributor.  He plays with a maturity beyond his years that may be best exhibited by one of the best jab fakes we have seen in a long time from such a young player.

#10 Billy Soriano – He could dribble circles around defenders for hours.  If he hits a growth spurt and develops a consistent perimeter jumper the sky is the limit for the Rhode Island native.

As we said, this list is best described as a good starting point.  In an effort to get a better look at the top young players in the region the New England Recruiting Report will be hosting the Elite 75 Frosh/Soph edition on Saturday, September 27th at Boston University.