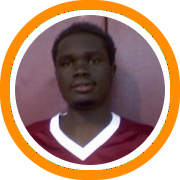 The post-season is always one of the best times to evaluate prospects because when the stakes are the highest a player’s true colors come through.  Some shy away from the moment and others step up to seize it.

In preparation for our final rankings in the class of 2010, we wanted to take a look at some guys who seized their last opportunity to raise their stock.

Maurice Walker, Brewster Academy – Can’t think of very many high major programs that aren’t looking for a big man right now and with so few legit ones available, Walker has suddenly become a very popular name.  But it’s not all for lack of other options, Walker played his best basketball of the season late.

Tre Bowman, St. Thomas More – His rise up the board didn’t happen suddenly after one big game or week, instead it was a gradual escalation that started in January and now schools like Duquesne, Drexel, Oregon State, and Rhode Island are all said to be involved.

Gedas Bertasius, Marianapolis Prep – Much like Bowman, Bertasius has proven himself at each and every step along the way this season, culminating with another run to the Class B final for Marianapolis.  He’s tough as nails plays very hard and has out played a vast number of “higher level prospects”.

Evan Kelley, Norwalk High School – His recruitment has taken a bit of an atypical path in that he has generated more buzz during the high school season than he did during the summer.  That’s due in large part to the fact that Kelley is gradually turning potential into production and getting some low-major suitors as a result.

Majok Majok, Northfield Mount Hermon – If Walker is the region’s best available big man talent, Majok is a close second and he once again has the high major interest to prove it.  He began his career in New England with a long list of interest from the highest levels but seemed to be leveling off earlier in the year as a mid-major.  After two straight months of 20-10-5 games the BCS schools are back.

Ryan Palumbo & Bryan Vachon, Bishop Hendricken – Hendricken won their seventh straight and it was anything but a one man show.  Nick Manning was the biggest name on the team but Palumbo earned MOP honors in the finals and it was Vachon who carried the team more offensively during the year than anyone else.

Dominic Borelli, Westbrook & Jacob Moore, Hampden – It isn’t so much what these two have done during the year as much as what others haven’t.  Sometimes it’s easy to get intrigued by upside and potential but the more we saw some of this year’s prep products the more we appreciated the good old production that these two local boys offered.

Theodore Boyomo, Kent School – Not so much a jump in our eyes as it is validation of what we’ve been saying all along, this guy is good and only going to keep getting better.

Tyler Olander, EO Smith – Even before Olander’s commitment to UConn a few days ago, it had become clear that he had leapfrogged some people in front of him in terms of the level of his recruitment.  In addition to the Huskies, Olander had Florida, Wake Forest, Virginia, and Marquette all giving heavy chase late.

Anthony Ireland, Winchendon – It’s hard to overstate just how much better he has gotten in the last twelve months.  The final icing on the cake came when he was named All-NEPSAC first team.