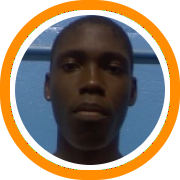 Nate Lubick remains in the top spot in New England while Gerard Coleman gives close chase.  Jason Morris holds firm to the third spot while #4 Carson Desrosiers doesn’t take a back seat to anyone.  Rounding out the top five is Maxie Esho, a native of the Washington D.C. area who was bound for the high major level before UMass came in this fall and picked up a steal.

Morris retains the top spot in the Nutmeg state while Josh Turner, Majok Majok, and Tyler Olander could really go in any order from 2-4.  Marianapolis point guard Corey Wright Jr. is the state’s top point guard in ’10.

Massachusetts is led by Lubick and Desrosiers while Rod Odom comes in at #3 after solidifying himself as a high major prospect.  We expect #4 Naofall Folahan will do the same before it’s said and done while NMH’s Hector Harold production thus far this season gives him the edge over the competition in the fifth spot.

Coleman remains tops in New Hampshire while Melvin Ejim’s stock has risen rapidly in the last two months allowing him to take over at #2.  #3 Evan Smotrycz appears to be comfortably ahead of Stephen Alli at #4, while Jordan Laguerre is the best player the NHIAA has to offer in the junior class.

Esho is tops in Maine while his Lee Academy teammates Jason Sun and Steve Sun share the top three spots with him.  Native Keegan Hyland has shot his way to the fourth spot edging out another member of Lee Academy, Winston Graham.

Frank Robinson is the new number one in Rhode Island but he’ll have to prove he deserves it in order to keep Nick Manning and Youri Dascy from taking over.  Malcolm Moniz and Robert Alers round out the top five.

Vermont belongs to Joe OShea and that is unlikely to change.  Kyle Callanan retakes the runner-up spot while Connor Merrill is in at #3.  Adam Boyle and Richie Hackett are also in the mix at 4 and 5.